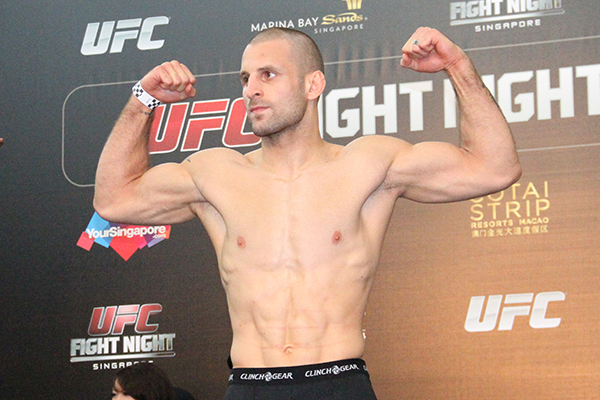 
When Tarec Saffiedine crosses the threshold and steps into the Octagon, he will become the first Belgian ever to compete under the Ultimate Fighting Championship banner; and he will do so with his name emblazoned on the marquee.

The 27-year-old Team Quest export will face promising Korean Top Team welterweight Hyun Gyu Lim in the UFC Fight Night 34 main event on Saturday at the Marina Bay Sands in Marina Bay, Singapore. Injuries have kept Saffiedine on the sidelines since he defeated Nate Marquardt by unanimous decision to capture the Strikeforce welterweight championship in January 2012. He does not view the layoff as a negative.

“I think it’s going to help me,” Saffiedine told the Sherdog Radio Network’s “Beatdown” program. “I took some time off and kind of took a step back a little bit and let my body recover from all my training that I’ve been spending here at Team Quest the past two years. I’ve been training really hard. I believe I’m a better fighter, better athlete, mentally, physically, and I’ve been training really, really hard for this fight.”

Saffiedine, who trains under former two-division Pride Fighting Championships titleholder Dan Henderson, was originally booked to meet Robbie Lawler in his promotional debut over the summer but withdrew with an undisclosed injury. With wins in seven of his past eight bouts, the Brussels, Belgium, native tried to stay as active as possible while he recovered.

“For half of the year, I was training,” Saffiedine said. “It’s not like I took a full year off. For three, four months I had to take some time off, but I wasn’t sitting at home, being injured and crying over myself, eating pizza and ice cream all day. I was focused as much as I can. I was focused to come back, come back stronger, come back better. I was eating healthy. I was training as much as I could.”

A replacement for the injured Jake Ellenberger, Lim will enter the highest-profile bout of his career having delivered six first-round finishes during his current seven-fight winning streak. The 28-year-old last appeared at UFC 164 in August, when he wiped out Pascal Krauss with a knee strike and follow-up punches at the BMO Harris Bradley Center in Milwaukee.

“Obviously, I’m more of a striker,” Saffiedine said. “I like to exchange and be technical, pick my opponent apart, but I might have to mix it up if I feel uncomfortable. For each and every fight, even though most of my fights stay on the feet, I like to try to engage every area as much as I can -- wrestling, grappling, everything -- so if the fight has to go somewhere else, I’ll be ready for it.” 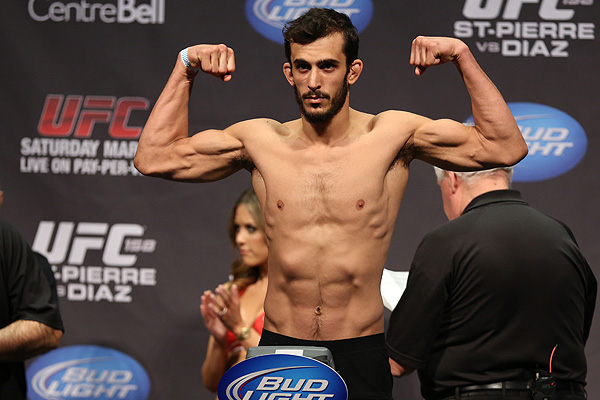 Photo: Dave Mandel/Sherdog.com
Mulhern has won 10 of 12.
After experiencing the blunt-force trauma often associated with the welterweight division, former King of the Cage champion Quinn Mulhern has elected to try his luck at 155 pounds.

Mulhern will lock horns with Japanese karateka Katsunori Kikuno in a preliminary lightweight tilt at UFC Fight Night 34, as he looks to avoid back-to-back losses for the first time in his career. The 29-year-old Jackson’s Mixed Martial Arts representative made his promotional debut at UFC 158 in March, as he succumbed to first-round punches from the brutish Rick Story at the Bell Centre in Montreal.

A onetime Deep titleholder, Kikuno has never fought outside of Japan. The 32-year-old has recorded five consecutive victories, four of them finishes.

“I’m very excited about my upcoming fight,” Mulhern said in his pre-fight interview with UFC.com. “For me, this feels like interesting new ground. I’m fighting for the first time at 155 [pounds] and for the first time overseas. I think Kikuno and I match up well, but I believe I’ll have a lot of advantages considering my size and height.”