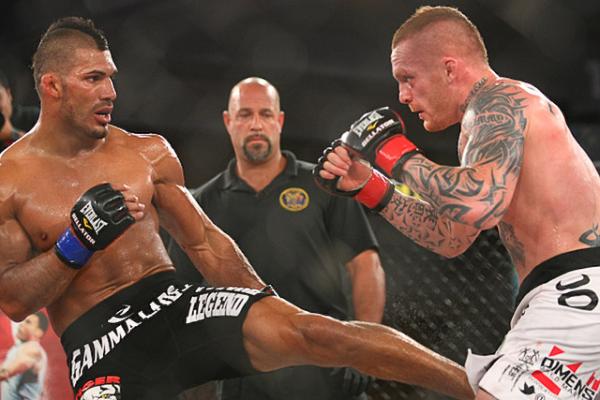 Sherdog.com confirmed the viewership figures Tuesday with an industry source, who also revealed that the UFC on Fuel TV 5 replay, which aired at 10 p.m. ET, eclipsed the show’s live broadcast mark by pulling 140,000 viewers.

Additionally, the UFC telecasts posted household ratings of 0.25 and 0.29, respectively. Likely skewed by the 4 p.m. ET start time, the live broadcast resulted in the smallest viewer turnout for any UFC on Fuel TV event to date, dropping below the previous low of 173,000 viewers set by UFC on Fuel TV 3 in May.

MTV2’s broadcast of Bellator 74 was highlighted by the Season 7 welterweight tournament quarterfinals. Lyman Good, Marius Zaromskis, Michail Tsarev and Andrey Koreshkov all advanced to the tournament semifinals. The card's 190,000 average viewers resulted in more than a 13 percent increase from the 167,000 observers drawn in by Bellator 73, which concluded the promotion’s 2012 Summer Series in August.