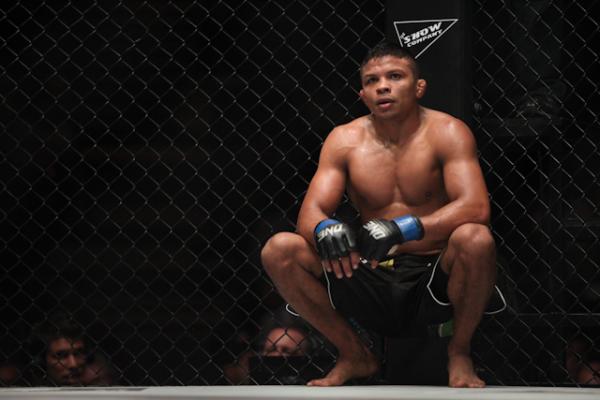 
One Championship bantamweight titlist Bibiano Fernandes will defend his strap against Toni Tauru on July 18.

A promotion official confirmed the matchup following an initial report from MMAFighting.com. One Championship 29 “Kingdom of Warriors” will take place at the Thuwunna National Indoor Stadium in Yangon, Myanmar.

Fernandes is unbeaten in five One Championship appearances and most recently appeared at One FC 23, where he submitted Dae Hwan Kim with a rear-naked choke 1:16 into round two. The 35-year-old Brazilian sports a 17-3 professional mark and has won his last nine fights.

A former Cage Warriors Fighting Championship 135-pound king, Tauru enters the bout on a 10-fight winning streak. The Finnish bantamweight has finished his last seven foes via submission, including a fourth-round rear-naked choke of Cory Tait in his most recent outing at CWFC 72.