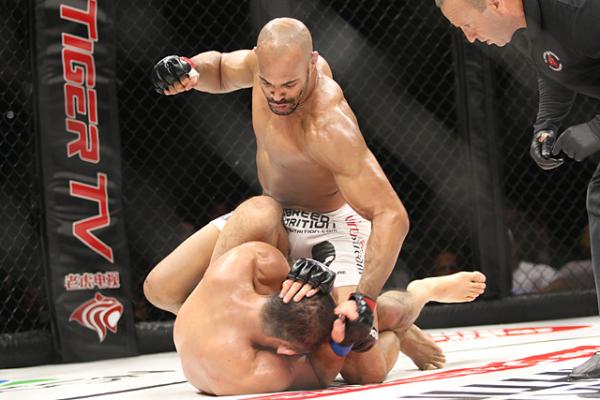 David Branch made a statement at WSOF 15. | Photo: Keith Mills/Sherdog.com

In the beginning, it seemed as though the challenger was set to turn in a vintage Okami performance. Branch opened looking to connect with heavy shots to put the challenger to bed early, but was quickly taken down by the Japanese wrestler. “Thunder” held onto top position for much of the opening stanza.

The tides would quickly turn, however, as Branch connected with a monstrous overhand right that seemed to stun the challenger. It would prove to be a successful tactic as the fight wore on.

Okami came out with a tinge of urgency in the third round, but come the championship periods, it was all for naught. The former perennial middleweight contender would be staggered by the very same punch again in the fourth. While Okami survived, the Brooklyn native was unrelenting. Into the deep waters of the round, the Japanese fighter began to open up with his strikes a bit more, only to absorb one final right to the jaw.

Flopping onto his back, Okami was followed by the Renzo Gracie fighter, who overwhelmed his beaten challenger from the mount, forcing referee Andrew Glenn to step in and call the TKO at 3:39 of the penultimate round. 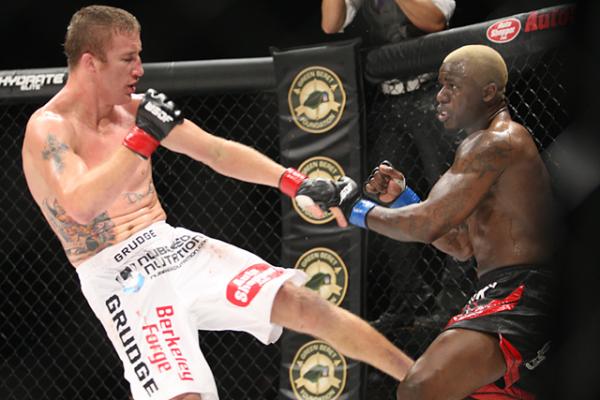 In the early stages of the fight’s arc, it seemed “The Highlight Reel” was going to have difficulty finding the chin of Guillard, thus the young fighter did what all great champions do: he adapted.

While “The Young Assassin” was able to slip the champion’s bigger punches early on, the fighter from The Grudge Team found a new target in the UFC veteran’s left leg. While both fighters had their offensive moments, it was the leg kicks of the fighter from Arizona that told the tale of the fight. By the final period, Guillard found himself stumbling with each kick the champion landed.

At the final bell, Gaethje took a split decision (30-27, 29-28, 28-29), an ending to the catch-weight bout that seemed to be unanimously panned by those in attendance, as the lightweight champion soundly won in their eyes. 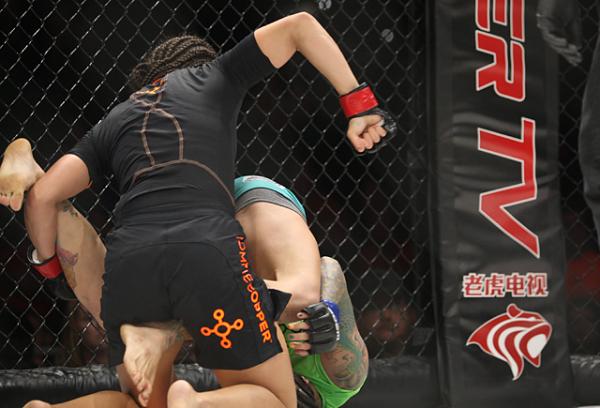 The champion planted her flag in the center of the 10-sided cage, while Aguilar seemed to hold the wrestling advantage throughout the bout; it was her striking acumen that kept the Brazilian from gaining traction. The Macaco-trained challenger fought aggressively, winging wide, hard punches at the champion, but “Jag” found continued success with her overhand right landing in close quarters.

Aguilar’s wrestling came into play at various points, as she was able to drag the fight to the floor, but the grit of Faria proved to be too much for her to stay down. At the 25-minute mark, judges rendered a unanimous scorecard (49-45, 49-45, 49-45). 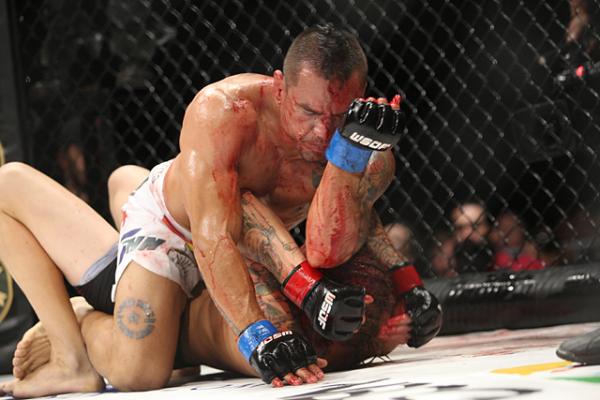 (+ Enlarge) | Photo: K. Mills/Sherdog.com
Patino controlled Reynolds handily.
It was not without heroics that MMA elder statesman Jorge Patino got back in the win column with a bloody decision over Eric Reynolds.

“Macaco” overcame the taller fighter ostensibly hurting him (with an illegal kick, coming on the receiving end of a miheel hook) through power of will and an ability to get the fight to the mat, seemingly on command.

Once the action hit the floor, the Brazilian showed the disparity between the two. “Macaco” repeatedly took the mount and busted the Floridian fighter open with big elbows.

After 15 minutes, Patino would have is hand raised as the judges rendered a unanimous decision victory in his favor.