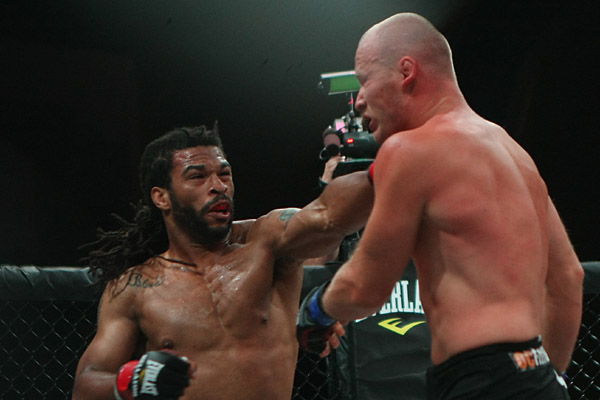 Known for his power punching, Falcao could not deliver his 24th career knockout in the Bellator 61 headliner. The Brazilian did, however, take all three rounds from opponent Norman Paraisy, ending the Frenchman’s hopes of advancing in the tournament.

Earlier in the evening, Vasilevsky put forth an impressive debut on American soil, as the Russian prospect ran through Victor O’Donnell en route to a unanimous decision victory. “Slava” dominated the American with ground-and-pound and standing combinations, repeatedly battering O’Donnell, who showed great heart in lasting all 15 minutes.

Santos managed to avoid having his arm collected by Giva Santana in the quarters, taking a unanimous decision over the submission specialist. The Brazilian did just enough to earn the judges’ approval, most notably taking down his countryman and controlling him for the majority of round three.

Rogers opened the MTV2 broadcast with a devastating knockout of Vitor Vianna, staggering the Brazilian with a straight right hand before putting him to sleep with a spectacular flying knee at 4:14 of the opening frame.