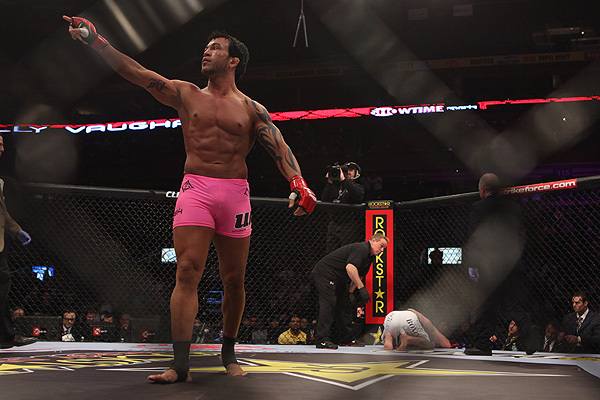 Another new bout has been added to Strikeforce’s Sept. 29 fight bill, as promotion officials announced Thursday that Jorge Gurgel will square off with Mizuto Hirota at “Strikeforce “Melendez vs. Healy.”

The Power Balance Pavilion in Sacramento, Calif., hosts the event, which is headlined by a lightweight title tilt between reigning champion Gilbert Melendez and challenger Pat Healy. The main draw airs on Showtime, while the undercard immediately precedes that broadcast on Showtime Extreme.

Gurgel, 35, has gone 2-3 in Strikeforce since receiving his UFC release back in 2008. The hard-swinging Brazilian jiu-jitsu black belt has yet to compete in 2012 but posted a 1-1 record last year, kicking off 2011 with a 44-second submission victory over Billy Vaughan before dropping a unanimous decision to Joe Duarte more than one year ago at Challengers 18.

Hirota, meanwhile, approaches his second Strikeforce appearance following a hard-fought unanimous decision defeat to Healy on July 14. The reigning Deep lightweight champion, Hirota had won back-to-back bouts prior that Strikeforce setback, besting Katsunori Kikuno to win the title last year and then defending it successfully against Seichi Ikemoto this past February