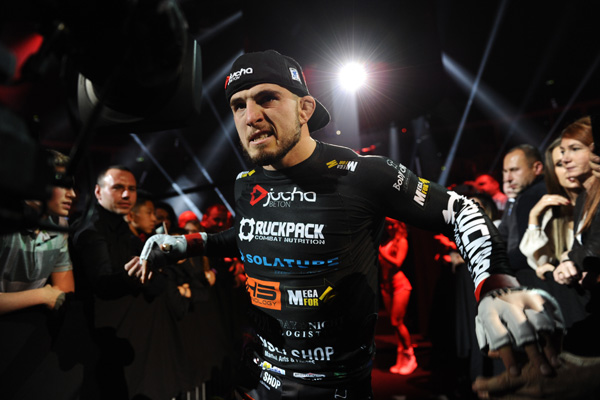 
The KSW 30 main event is official, as Borys Mankowski and Mohsen Bahari made weight ahead of Saturday’s headlining catch-weight clash.

Mankowski tipped the scales at 175 pounds at Friday’s weigh-ins, while Bahari checked in at 175.9. KSW 30 “Genesis” takes place at Arena Poznan in Poznan Poland and can be purchased via pay-per-view on www.kswtv.com.

Mankowski was originally slated to defend his welterweight title against Michail Tsarev, but Tsarev became sick upon arriving in Poland and was forced to withdraw from the contest. Bahari agreed to take the bout on short notice, but since the fight is at a 176-pound catch-weight,Mankowski’s title will not be at stake.

Mankowski, 25, has won three straight fights under the KSW banner, most recently submitting David Zawada with an arm-triangle choke 1:20 into the first round at KSW 29 on Dec. 6. “The Tasmanian Devil” is 16-5-1 as a professional, with nine of his triumphs coming by way of knockout, technical knockout or submission.

Bahari last five fights have been with Cage Warriors Fighting Championship. Most recently, he dropped a unanimous verdict to Nicolas Dalby at CWFC this past November. His overall record is 8-2, with five wins inside the distance.

*Faria missed weight on her initial attempt. She elected not to re-weigh and will be fined 30 percent of her purse.