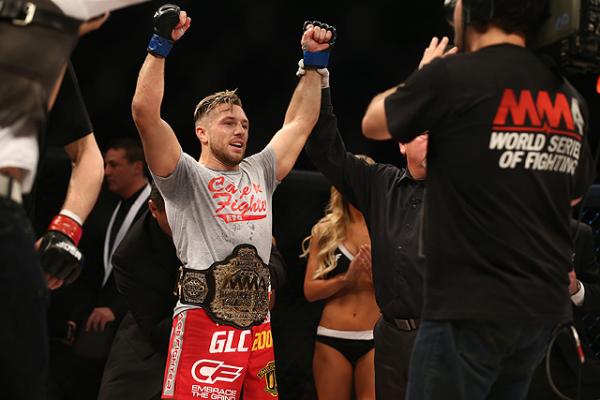 
Featherweight champion Lance Palmer will defend his title against Chris Horodecki at World Series of Fighting 21 on June 5.

The fight was initially announced on Team Alpha Male Radio, and Sherdog.com subsequently confirmed the bout with a WSOF official. WSOF 21 takes place at Edmonton Expo Centre in Edmonton, Alberta, Canada, and is headlined by a welterweight tussle between Yushin Okami and Ryan Ford.

Palmer, 27, captured the featherweight belt with a third-round submission of Rick Glenn at WSOF 16 this past December. The Team Alpha Male representative is 9-1 as a professional overall, with his only setback coming against current Bellator MMA talent Georgi Karakhanyan in a 145-pound title tilt at WSOF 7.

A veteran of the IFL, WEC and Bellator organizations, the 27-year-old Horodecki defeated Luis Huete via unanimous decision in his WSOF debut last October. “The Polish Hammer” has won three of his last four contests.