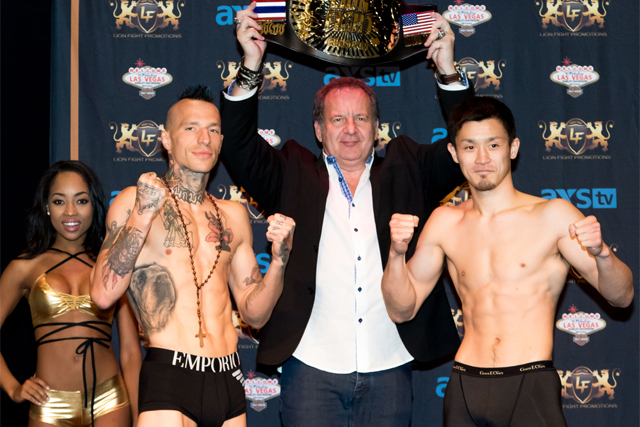 
One half of the Lion Fight 21 main event, Kevin Ross is prepared to redeem himself when he defends the promotion’s super lightweight title against Tetsuya Yamato on Friday at the Pechanga Resort and Casino in Temecula, Calif.

Sure, Ross enters the match as the champion, but the most recent loss of his muay Thai career came against the Japanese standout in 2013 -- a split decision defeat at Lion Fight 11. According to “The Soul Assassin,” the story at the AXS TV-televised event will be entirely different.

“I feel like a completely different fighter now; that was my fourth fight back after ACL surgery and now I’ve had the chance to have a good amount of fights since then and had time to hone my skills and develop them,” Ross told Sherdog.com. “That was my first fight since the injury where I felt 100 percent and everything was working. As weird as it is, I felt like I had too many weapons accessible to me, but now I’m different.”

Lion Fight 21 will Mark Ross’ first defense of his title, which he won in a victory against Michael Thompson at Lion Fight 16. While the championship is something about which he is quite proud, it does not amount to any more pressure than Ross already places on himself.

“I put more pressure on myself than any belt ever could, just by going out there and putting on good fights,” Ross said. “The belt is nice, but it doesn’t add anything to me in regards to pressure to perform. I’m my own biggest critic.”

Yamato has continued winning since earning the decision over Ross, going on to win his next two fights. Ross expects more of the same fighting style from the 27-year-old but plans on switching up his game in an effort to get the victory.

“I feel like he’s been the same type of fighter throughout his whole career, with slight adjustments,” Ross said. “We will try different things [in the rematch], as well, because you can’t expect someone to be the same fighter as they were before.”

Last competing in July, Ross would like some more regularity to his fighting schedule but knows that is entirely out of his control. With just three matchups in 2014, Ross hopes to double that number this year.

“I beg to stay busy every day and every year. I’d love to fight every weekend if I could,” Ross said. “Unfortunately, it’s not up to me; it’s up to the matchmakers. I’d really love to have six fights this year; it’d be ideal. I’m only exclusive with Lion Fights in North America. It can be difficult, though, because I’ll have a break with them but it’ll be too long or short to allow me to fight elsewhere. There’s a lot to it, but when you know what your schedule will be for the year, it makes it easier, but it’s usually on a fight-by-fight basis.”

When asked about a full-time transition to mixed martial arts, kickboxing or boxing, the Las Vegas native said his love for the sport of muay Thai would need to wane before making the change.

“I fight for the love of muay Thai; it’s what I love to do. When I can’t do that, I look to other things,” Ross said. “I’ve tried everything because, like I said, I do like to stay busy.”

Ross prides himself on exciting fights and expects no less in his forthcoming rematch.

“I foresee every one of my fights as being as exciting and being ones that you can’t miss,” he said. “I don’t ever make predictions on what the outcome will be, but I can guarantee it’ll be entertaining.”
« Previous Lion Fight 21 Weigh-in Results: Kevin Ross, Tetsuya Yamato Official for Main Event Next Lion Fight 21 Results: Muay Thai Play-by-Play & Updates »