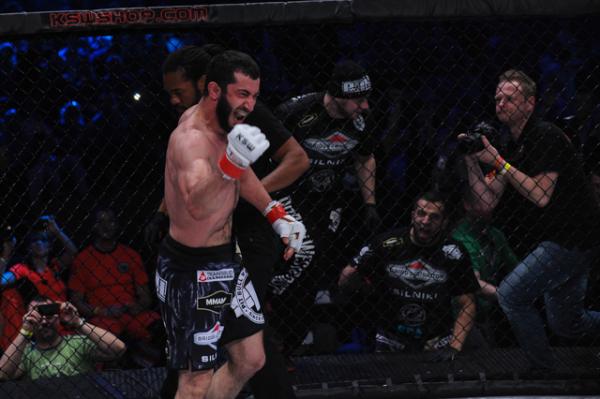 
A middleweight clash between Mamed Khalidov and Tomasz Drwal is set for the main event of KSW 29.

The Polish promotion announced the bout on Wednesday. KSW 29 takes place on Dec. 6 at Krakow Arena in Krakow, Poland, and also includes a heavyweight contest pitting strongman Mariusz Pudzianowski against Olympic judoka Pawel Nastula. The event will stream live on www.kswtv.com via pay-per-view.

Khalidov, 34, is widely regarded as one of the top middleweights in the world. He enters the matchup with Drwal on a nine-fight winning streak, with triumphs over the likes of James Irvin, Matt Lindland, Jesse Taylor, Kendall Grove and Melvin Manhoef during that time.

A six-time UFC veteran, Drwal has won his last four outings since parting ways with the Las Vegas-based promotion. Most recently, he scored a first-round knockout against Delson Heleno at Pro MMA Challenge 1 this past March.