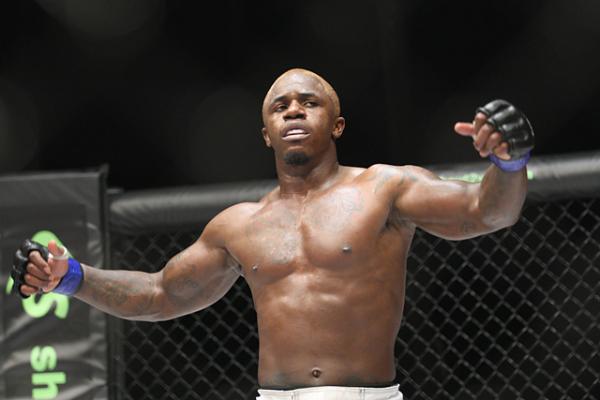 
Melvin Guillard’s knockout win at WSOF 11 has secured him a shot at the World Series of Fighting lightweight championship.

The promotion’s reigning champion, Justin Gaethje, received word of his new challenger during Friday’s episode of “Inside MMA” on AXS TV. According to host Kenny Rice, WSOF President Ray Sefo confirmed to the show that the Gaethje-Guillard title fight will go down later this year; no timetable was announced for the bout.

“I’ve trained with Melvin before,” Gaethje responded. “You guys are in for a show. He’s the most explosive 155-pounder in the world.”

When asked by Bas Rutten whether he would attempt to exploit Guillard’s Achilles heel with a submission, Gaethje said he would prefer to add another knockout to the 10 already on his unblemished record.

“I’m not gonna submit Melvin,” said Gaethje. “If I fight Melvin Guillard, I will knock him out.”

Both Gaethje and Guillard are one week removed from their most recent wins at WSOF 11 on July 5. There, Gaethje retained his belt with a brutal stoppage of challenger Nick Newell, while Guillard prevailed over Gesias Cavalcante with second-round punches and elbows. Guillard missed weight for his fight, checking in at 157.2 pounds.

World Series of Fighting’s next event, WSOF 12, is set for Aug. 9 in Las Vegas.