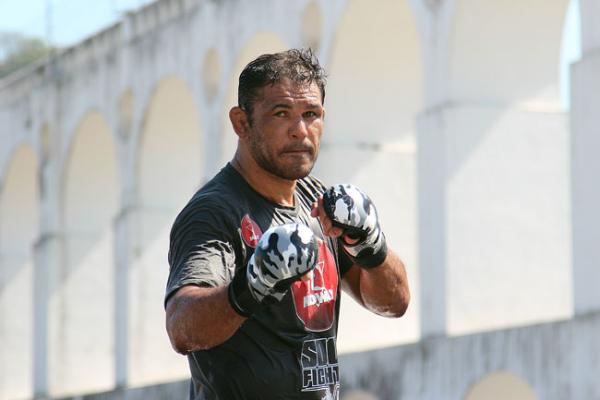 Antonio Rodrigo Nogueira is known as a “big daddy” of many MMA fighters, and two of those fighters -- heavyweights Junior dos Santos and Antonio Silva -- could soon collide in the UFC.

The duel could be arranged on May 25 at UFC 160, where Silva will rematch champion Cain Velasquez and dos Santos will face Mark Hunt. If both win, it would set up a potential showdown. Speaking with Sherdog.com after a recent training session, “Minotauro” Nogueira regretted the possible bout between the two Team Nogueira members.

“They can’t train together for now,” Nogueira laughed. “It’s a sad thing. I don’t really like it, but each one has his way, his family. If they decide to fight, it will be a great fight. But ‘Bigfoot’ is still working and has to worry about Velasquez first. One fight at a time. I know he will win, but he has to think about the belt first, then worry about ‘Cigano.’”

The fight could be postponed if Velasquez can repeat his May 2012 victory over Silva, or depending on the winner of Nogueira’s own rematch with Fabricio Werdum on June 8. According to Nogueira, however, one thing is certain: neither Cigano nor Bigfoot will fight “big daddy” Minotauro under any circumstances.