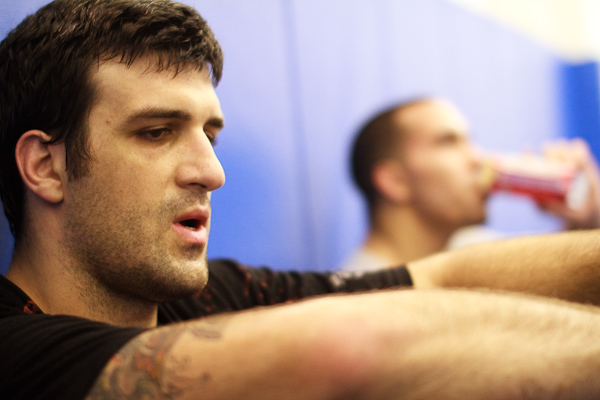 For the East Coast contingent of the famous, fighting Gracie clan, One FC 5 “Pride of a Nation” was a mixed bag on Friday at the Smart Araneta Coliseum in Quezon City, Philippines.

Gregor, 25, recovered from his June loss to Adam Shahir Kayoom at One FC 4 by boxing nicely before flooring Mann, mounting and armbarring him at the 3:28 mark of their 176-pound contest. The 34-year-old Rolles, who towered over Bonello and outweighed him by some 20 pounds, had no trouble grounding his foe, sitting on his chest and lazily punching him. The UFC veteran, now 7-1, finally showed a spark of life by putting away the outmatched Aussie with a rear-naked choke 93 seconds into the final frame.

Igor, 32, started strong against Cha, only to completely fall to pieces in the second round. Gracie wound up underneath Cha’s top crucifix twice in the second frame, getting punched into exhaustion. By the time round three came, Gracie was unable to defend himself at all, eating strikes before surrendering back mount and absorbing elbows until Moritaka Oshiro ended the beating 63 ticks into the round. With the loss, Gracie falls to 5-3 and has a four-fight winning streak snapped.

South Korean bantamweight Soo Chul Kim sagged late but held on to win a unanimous decision over popular local bantamweight Kevin Belingon. Though Belingon got top control on the exhausted Team Force product late, the 20-year-old Kim dominated the first 10 minutes with powerful takedowns and top position, eating all of the talented wushu fighter’s flashy kicks to earn the biggest win of his young career, moving his MMA mark to 6-4 as a pro.

Elsewhere at 170 pounds, ever-popular brawler Phil Baroni got exactly his kind of fight against Brazilian transplant Rodrigo Ribeiro. Ribeiro, who trains at Evolve MMA in Singapore, ate a Baroni right cross almost immediately and was under fire for the rest of the bout. His takedown attempts were easily stuffed, and when Baroni began to dent him with soccer kicks, Yuji Shimada rescued “Ximbica” at the 60-second mark. The win is just Baroni’s second in his last seven bouts, evening his ledger at 15-15.

Thai featherweight Shannon Wiratchai was gifted a win over Singapore-based American Mitch Chilson. After Chilson soundly took the first frame, Wiratchai landed a counter right and a running soccer kick that had Moritaka Oshiro jumping in despite Chilson being clearly lucid and largely unfazed. The unceremonious end came at 2:03 of the second frame.

In the show’s curtain jerker, Team Lakay’s Honorio Banario blew away his featherweight countryman Andrew Benibe, pelting his foe with hook combinations and body kicks for three rounds until Shimada finally showed a modicum of mercy at 3:47 of the final frame.