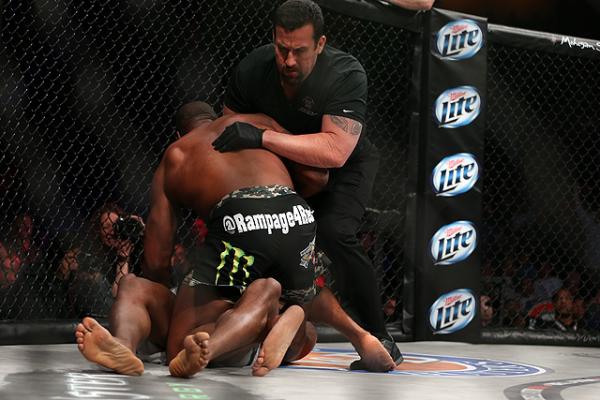 
Christian M'Pumbu said he was going to retire Quinton “Rampage” Jackson. Instead, he became the latest in a long line of victims for the former Ultimate Fighting Championship titleholder.

Jackson (34-11, 2-0 Bellator) knocked out M’Pumbu with first-round ground-and-pound in the Bellator MMA Season 10 light heavyweight tournament semifinals at Bellator 110 on Friday at the Mohegan Sun Arena in Uncasville, Conn. M’Pumbu (18-6-1, 3-3 Bellator), who had never before been finished by strikes, succumbed to the blows 4:34 into round one. 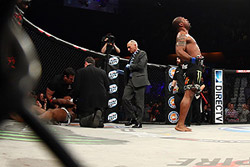 Photo: D. Mandel/Sherdog.com
Rampage made it 2-0 in the Bellator cage.
Prior to the finish, the two semifinalists spent much of their time circling the cage. Jackson knocked M’Pumbu off-balance with a glancing left hook in the final minute of the first round and settled into top position. Soon after, he rendered the one-time Bellator champion unconscious with a volley of violent right hands.

“These guys think I’m finished? They think they’re going to retire me? I take that personal,” Jackson said. “Bellator, you don’t know what you’re messing with. I’m a monster. Anybody who steps into this cage [with me] is going to sleep.” 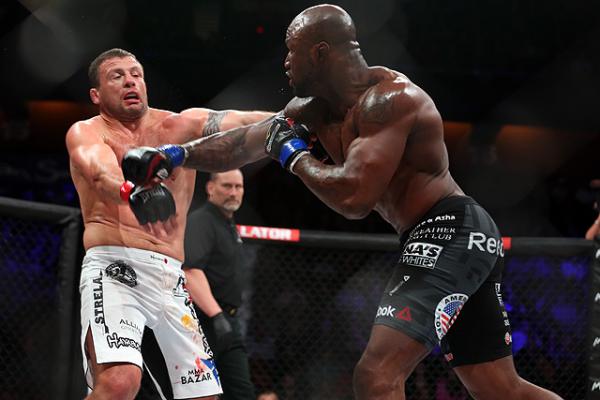 A 2008 combat sambo world champion, Zayats (22-8, 3-2 Bellator) bloodied the Murfreesboro, Tenn., native’s lip with a handful of right hands but mounted little else in the way of meaningful offense. Lawal scored with his jab throughout the 15-minute affair and turned a number of takedown attempts into time- and energy-sapping clinches
along the cage.

Lawal, 33, still has never suffered consecutive defeats as a professional. 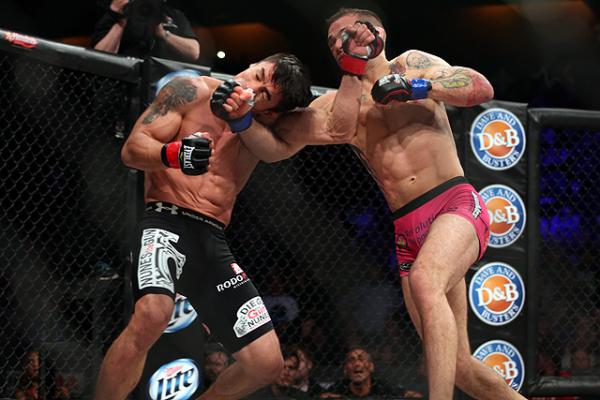 Photo: D. Mandel/Sherdog.com
Bessette found a way to claim victory.
Matt Bessette extended his winning streak to a career-best five fights with an emotional split decision over UFC and World Extreme Cagefighting veteran Diego Nunes in the Season 10 featherweight tournament quarterfinals. Two of the three judges sided with Bessette by 30-27 and 29-28 scores; a third levied a 29-28 judgment in favor of Nunes.

Nunes (18-4, 0-2 Bellator) controlled the first round with a trip takedown and some ground-and-pound before dropping the Hartford, Conn., native with a flying knee.

Bessette (13-4, 4-0 Bellator) recovered and pushed the fight to round two, where he floored the Brazilian with a clean right hook. Badly hurt, Nunes staggered backwards on a rubbery base after returning to his feet, but the seasoned X-Gym representative managed to clear his head in the clinch.

The third round could have gone either way. Nunes staked his claim with a series of right hands to the head and kicks to the legs and body. Bessette picked up his pace down the stretch, delivering a stout head kick in the closing moments.

“The best fighter comes out when I fight the best guys,” Bessette said. “I get another one in four weeks. I didn’t win the first round, but I did win two and three. I kind of froze in the first couple of minutes. Then he hit me hard in the eye, and I thought, ‘I’m [fighting like I’m] just happy to be here. Time to fight.’” 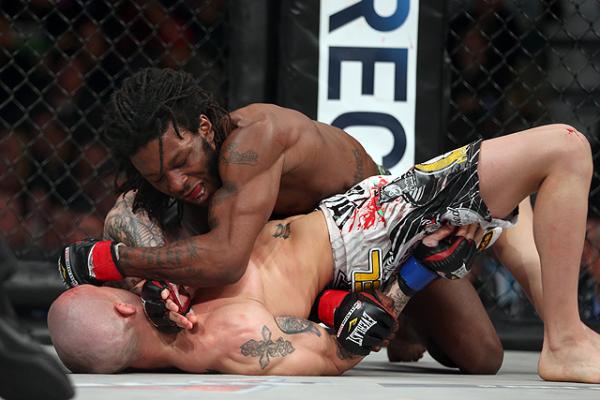 Richman (16-4, 5-3 Bellator) never seemed to establish a consistent rhythm against his elusive counterpart.

Green did his best work in the second round, where he grounded the Minnesotan repeatedly and paired punches and hammerfists to the head with knees to the body. Richman spent much of the final five minutes chasing Green, eating jabs and counter lefts from “The Predator.”

Green, 24, has won four of his last five fights. 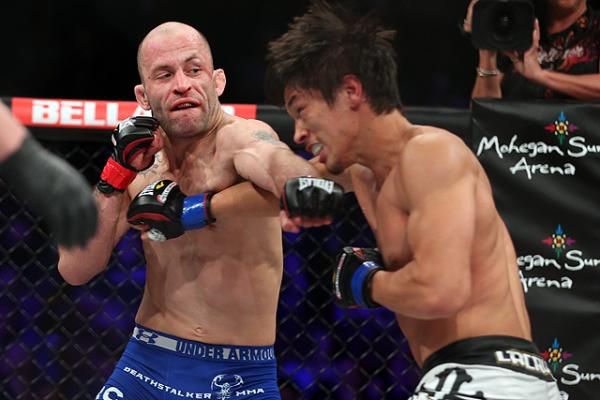 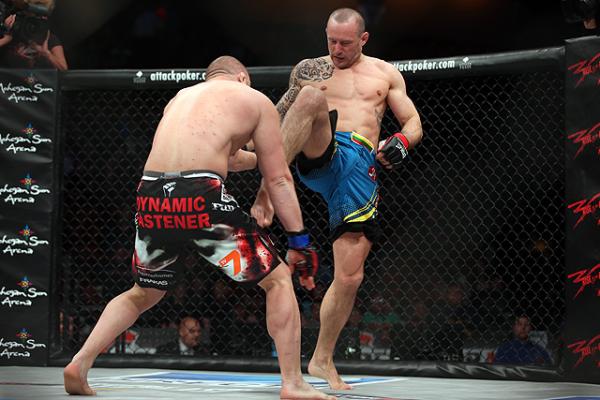 Photo: D. Mandel/Sherdog.com
Valavicius' knee wrecked Djambazov early.
Atanas Djambazov (18-4, 0-2 Bellator) with a first-round knee strike and follow-up punches 48 seconds into the first round of their light heavyweight duel; Ryan Quinn (10-4-1, 6-0 Bellator) recorded his third win in four fights with a unanimous decision over Andrew Calandrelli (6-4, 2-1 Bellator) at 155 pounds, sweeping the scorecards with 29-28, 29-28 and 30-27 marks; an accidental eye poke from Josh Diekmann resulted in a no-contest with Manny Lara just 18 seconds into their heavyweight scrap; and a lightweight clash pitting Rico DiSciullo and Marvin Maldonado ended in a no-contest when DiSciullo landed a series of inadvertent but illegal knee strikes to the head 1:53 into round one.