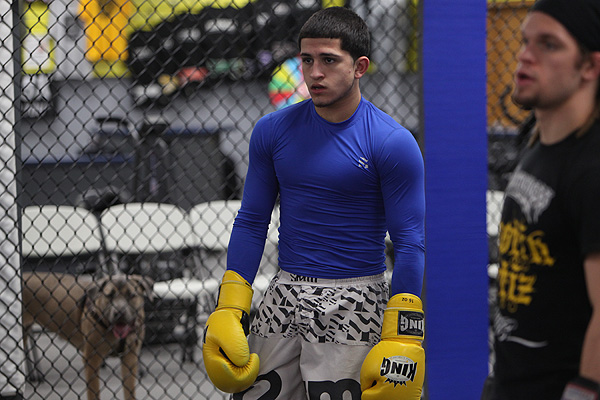 “With two title fights at RFA 8, we are aggressively moving forward with our goal to build RFA as a developmental organization for fighters who want to be in the UFC,” RFA President Ed Soares stated in a release.

Pettis, 19, is unbeaten in seven professional appearances, most recently taking a unanimous verdict over Josh Robinson at NAFC “Battleground” on March 29. The Rousfusport product made his first RFA appearance last November, earning the nod from the judges against Jimmy Jones at RFA 4.

A veteran of the UFC, WEC, Strikeforce and Bellator promotions, the well-traveled Curran has not competed since May, when he dropped a unanimous decision to Johnny Eduardo at UFC on Fuel TV 3. It was the second consecutive loss inside the Octagon for “Big Frog,” who also lost a decision to Scott Jorgensen at UFC 137.

“It’s an honor to be fighting Jeff Curran, because I grew up watching him on TV and I know he’s fought the best in every top MMA organization out there, including former UFC welterweight champion Matt Serra,” Pettis said. “It's awesome knowing that I’m fighting him for the first-ever RFA flyweight title in the main event of the RFA in my home town.”

Unbeaten in three bouts under the RFA banner, Downing earned the organization’s 145-pound strap by defeating “TUF 15” alum Jordan Rinaldi in a five-round affair in November. “Demon Eyes” has gone the distance in seven of his nine professional victories.

Palmer, meanwhile, is unbeaten in five fights as a pro. The Team Alpha Male product most recently stepped into the cage at RFA 4, where he captured a split verdict over Fredson Paixao.