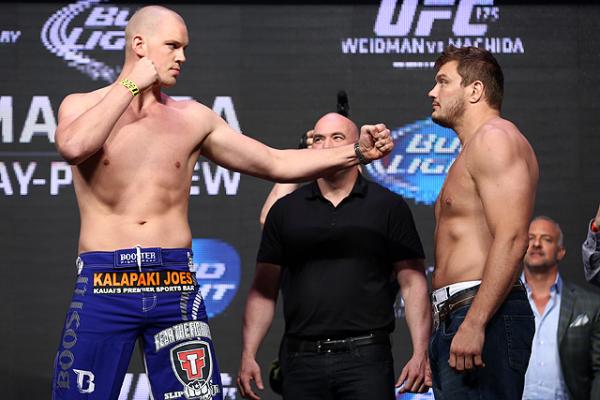 Stefan Struve has been pulled from UFC 175. | Photo: Dave Mandel/Sherdog.com


Stefan Struve has suffered a “near-fainting spell” backstage prior to his fight against Matt Mitrione at UFC 175 in Las Vegas.

“Stefan Struve suffered a non-life-threatening, near-fainting spell backstage. Afterwards, the medical team did not feel he was fit to compete. With his health and safety in mind, he’s been removed from the card and is currently under the care of the medical staff. We will provide further updates as they become available.”

Struve was diagnosed with a congenital heart condition in August of 2013, and has not stepped inside the Octagon since he fell victim to a Mark Hunt right hand at UFC on FX “Silva vs. Stann” last year.

“I found out what happened and went to talk to Stefan. He was still in his chair and was very apologetic,” said Mitrione in a statement released by UFC Press at 10:53 p.m. ET. “He’s such a competitor. Obviously health and safety come first.”