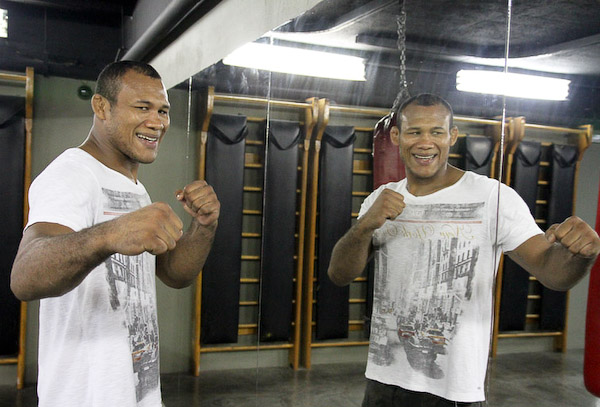 Two new contests have been added to Strikeforce's Aug. 18 offering in San Diego.

Souza has won five of his last six outings, most recently submitting Bristol Marunde with an arm-triangle choke on March 3. The victory came six months after he relinquished the middleweight belt to Luke Rockhold, dropping a five-round unanimous decision to the American Kickboxing Academy product this past September.

Brunson, meanwhile, suffered the first loss of his pro career in his last bout, falling to UFC veteran Kendall Grove via split decision two weeks ago at ShoFight 20. Prior to that loss, Brunson had won nine consecutive bouts, besting Jeremy Hamilton, Lumumba Sayers and Nate James inside the Strikeforce cage.

Saffiedine, 25, rides back-to-back wins heading into his showdown with Bowling. “Sponge” joined Strikeforce as part of the Challengers series in 2010, earning a pair of wins in the hexagonal cage before falling to fellow prospect Tyron Woodley in January 2011. After outpointing the heavy-handed Scott Smith to close out last year, the Belgium native kicked off 2012 with a split decision victory over Tyler Stinson on Jan. 7.

Four years older than his opponent, Bowling is likely best known for his trio of fights with Bobby Voelker. Though he would fall by second-round technical knockout in each of his last two clashes with “Vicious,” Bowling rebounded with consecutive knockout victories over Jerron Peoples in December and then Brandon Sailing in March.