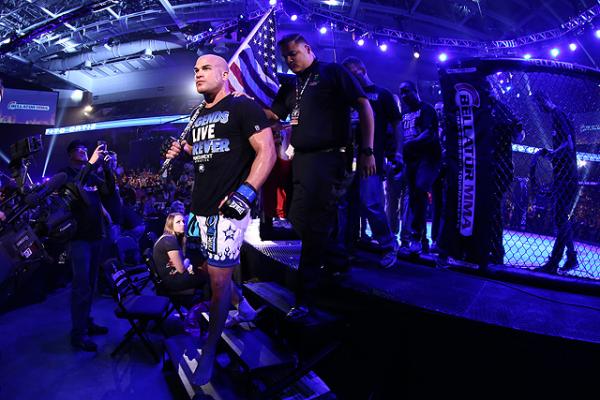 Tito Ortiz got a much-needed win in his Bellator debut. | Photo: Dave Mandel/Sherdog.com

Ortiz and Bonnar will meet on Nov. 15 at Valley View Casino Center in San Diego, Calif., on a card which will also feature a lightweight title rematch between interim champ Will Brooks and former titleholder Michael Chandler.

Ortiz and Bonnar have been rumored to square off since last month, when Bonnar was granted his release by the UFC in order to sign with Bellator. Ortiz, 39, snapped a three-fight losing skid in his May debut with Bellator, when he choked out the company’s middleweight champion Alexander Shlemenko in a 205-pound contest. Bonnar, 37, has not competed since October 2012, when he was knocked out in the first round of a short-notice bout against Anderson Silva at UFC 153.

Brooks captured the Bellator interim lightweight belt with a five-round split decision against Chandler in May. Neither man has competed since then, though both were linked to fights with champion Eddie Alvarez before Alvarez departed for the UFC. Brooks and Chandler’s Nov. 15 meeting will crown a new undisputed champion.