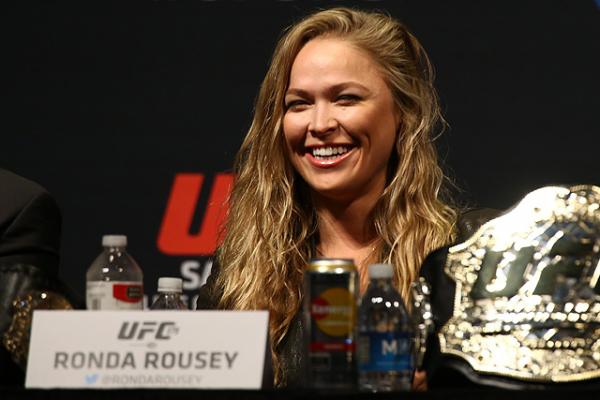 UFC champ Ronda Rousey is one of the world’s most recognizable judokas. | Dave Mandel/Sherdog.com


In an effort to expose a whole new audience to the sport of judo, the Ultimate Fighting Championship and USA Judo have reached a one-year renewable agreement.

According to a release, the partnership will center around an advertising campaign featuring two-time Olympian Travis Stephens in Zuffa’s “UFC 360” magazine and the inclusion of USA Judo on UFC’s website, Twitter and Facebook accounts.

USA Judo is a non-profit organization which represents from all areas of U.S. judo practitioners, including athletes, coaches and referees.

“We are delighted to partner with one of the fastest growing sports organizations in the world,” USA Judo President Lance Nading stated in the release. “Following the success of our athletes at the London 2012 games, it is absolutely essential that we continue to build awareness around judo, and UFC is devoted to help us in our efforts.”

The UFC has teamed up with other martial arts styles in the past, most recently partnering with the Committee to Preserve Olympic Wrestling. With one of the world’s most recognizable judokas on UFC’s roster in Ronda Rousey, the deal has potential to reach a much broader audience.