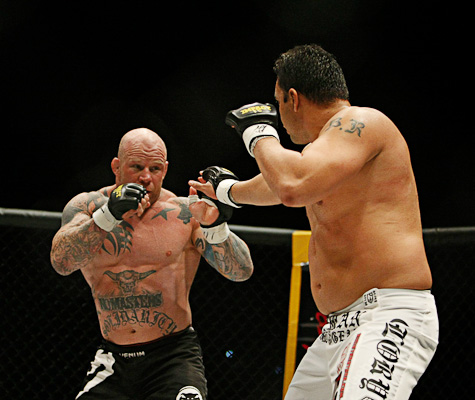 Due to the serious nature of the injury, which usually requires six to eight months of recovery time, the “Snowman” will not only miss the whole M-1 tournament, but will likely be out of action until fall, if not for the remainder of 2013. The world-class grappler had pushed a frantic pace as of late, competing a whopping 22 times in the last three years.

Stepping in on less than two weeks’ notice will be undefeated Ukrainian prospect Nikita Krylov. The 20-year-old submission specialist has competed exclusively on the Ukrainian circuit so far. In January, he scored back-to-back first-minute knockouts over Bulgarian Julian Bogdanov and Kirghiz representative Kilichbek Sarkarboev to claim the Gladiators Fighting Championship heavyweight tournament title and improve his record to a perfect 13-0.

“This is the most important fight of my career,” Krylov told Sherdog.com via email. “I plan to fight on the ground and of course to win early. I would like to fully dedicate my life to MMA. With this victory, I want to prove that 'The Al Capone' deserves to be a part of the best organizations in the world!”

With only one of Krylov’s previous opponents having a winning record, stepping up to fight hard-nosed slugger Malikov with little time to prepare will be a true graduation day for the young grappler. The winner of Krylov-Malikov faces the victor of the quarterfinal bout between Frenchman Chaban Ka and Belarusian Bellator veteran Alexei Kudin at M-1 Challenge 39 in Moscow on May 23.