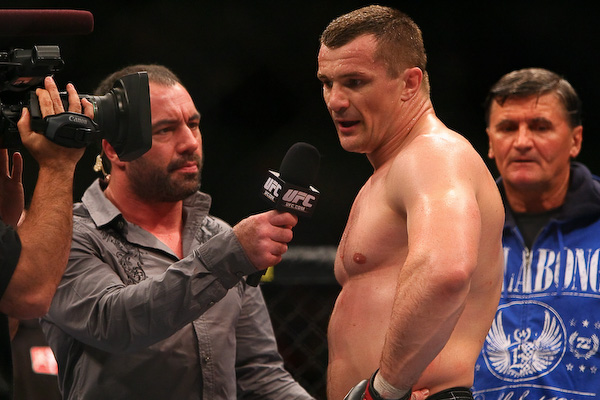 
Famed heavyweight striker Mirko “Cro Cop” Filipovic is once again headed back to the Octagon.

In a post on his official website, Filipovic stated that he expects to fight in April, though a date was not specified.

A former Pride star, Filipovic first joined the UFC in 2007 but exited just seven months later after dropping two of his three fights. Cro Cop returned in 2009 for a seven-bout stint which ended in 2011 after consecutive losses to Frank Mir, Brendan Schaub and Roy Nelson.

Since his last UFC departure, the 40-year-old has split his time between mixed martial arts and kickboxing. He holds a 3-1 MMA record over the past two years, including a pair of stoppage wins over Japanese prospect Satoshii Ishii under the Inoki Genome Fight banner.

Editor’s note: This item was updated at 2:51 p.m. PT on Jan. 20 with information from Filipovic’s website.