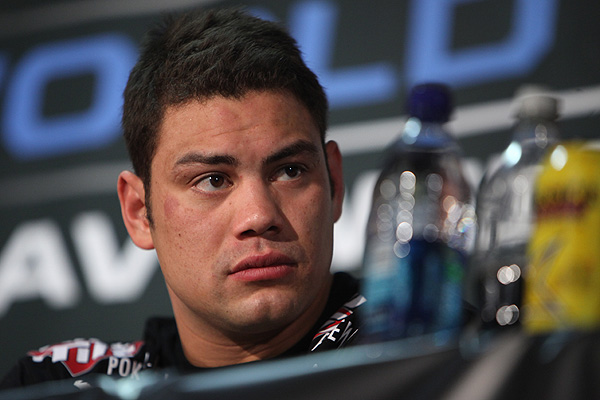 Shane del Rosario is no longer on life support and is breathing on his own. | Dave Mandel/Sherdog.com


Hospitalized UFC heavyweight Shane del Rosario is now off life support and breathing on his own, according to friend and training partner Erik Apple.

Sherdog.com confirmed the news with Apple via text message on Saturday afternoon. Ross Finkelstein initially posted a tweet on Saturday indicating that del Rosario had also registered brain activity and squeezed his mother’s hand, and Apple verified that both statements were true.

Though the news is encouraging, Apple also relayed that del Rosario, who suffered cardiac arrest on Tuesday, is still very much in a fight for his life.

Apple told Sherdog on Thursday that del Rosario was found at home by roommate Ian McCall and was taken to Hoag Memorial Hospital Presbyterian in Newport Beach, Calif. ESPN.com then reported that del Rosario had been placed on life support and had “no brain activity remaining” after undergoing a procedure on Wednesday that doctors hoped would jump-start body and brain function.

The fighter’s manager, Jason House, issued a statement on Friday relaying that doctors believed a rare heart condition called Long QT Syndrome may have been the cause of del Rosario’s sudden hospitalization.