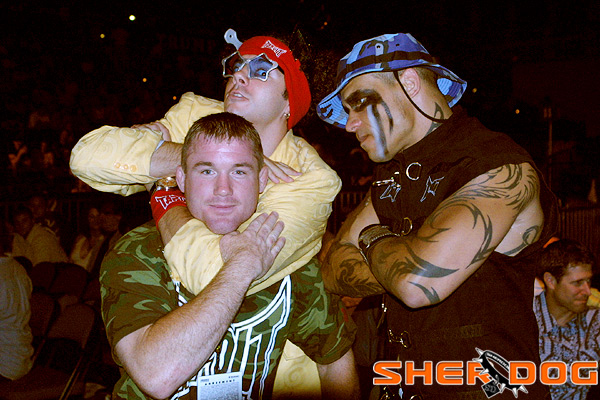 The Tapout brand was once synonymous with MMA. | Jeff Sherwood/Sherdog.com


World Wrestling Entertainment has partnered with brand development and licensing company Authentic Brands Group in an effort to relaunch the clothing brand Tapout.

The announcement was made via press release on Wednesday. The news comes ahead of Sunday’s WWE WrestleMania event, which takes place at Levi Stadium in Santa Clara, Calif.

Tapout was founded in 1997 by Charles “Mask” Lewis, Dan “Punkass” Caldwell and Timm “Skyskrape” Katz and eventually sold to ABG in 2010. The brand rose to prominence in the mixed martial arts world from sponsorships with fighters the likes of Chael Sonnen and Rashad Evans.

I Instead of remaining a niche MMA brand, WWE and ABG will rebrand Tapout as a “lifestyle fitness brand” and roll out a new logo that will adorn clothing worn by WWE’s wrestlers during its wide array of programming.

“WWE is always looking for new opportunities to partner with best-in-class organizations, develop new products for our fans and drive shareholder value,” WWE chairman and CEO Vince McMahon said via press release. “This joint venture aligns with our strategic approach, and we look forward to building the Tapout brand.”

The new line of men’s and women’s apparel is tentatively set to launch in spring of 2016, but the new branding and packaging, which includes beverages, supplements and fitness centers will be prevalent as 2015 progresses.