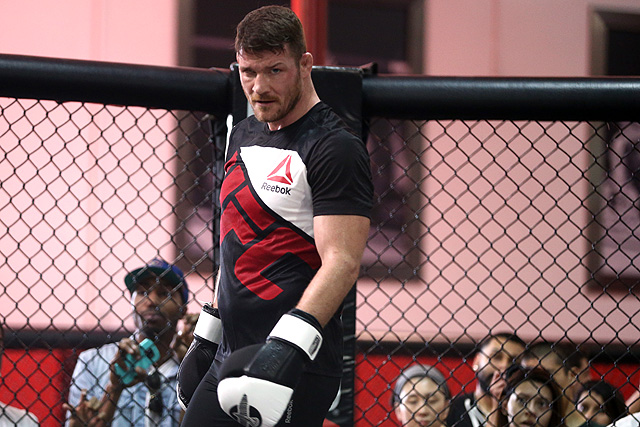 Bisping upset former middleweight champion and pound-for-pound ruler Anderson Silva on Feb. 27 before a partisan crowd at UFC Fight Night London, ending the Englishman’s long quest for a fight with the Brazilian icon. The victory was never assured for Bisping, who was nearly finished by a flying knee at the end of the third round. However, “The Count” never relented, fighting through the blood, sweat and mind tricks to collect his most significant victory in 25 Octagon outings.

The win moves Bisping up one spot to No. 6 in this edition of the Sherdog.com middleweight rankings. The returning Silva, who has not officially won a bout at 185 pounds since July 2012, remains unranked.

Elsewhere in the middleweight division, Derek Brunson enters the fray at No. 8 after scoring his third consecutive knockout on Feb. 21 with a first-round stoppage of Roan Carneiro in Pittsburgh. Gegard Mousasi remains on the division’s list of contenders thanks to a lopsided decision win against previous No. 9 Thales Leites, who falls outside the rankings.

In other activity, Marlon Moraes moves up one place to No. 6 at bantamweight following his latest World Series of Fighting title defense, while Rustam Khabilov’s decision win over Norman Parke earns the Russian “Tiger” a spot on the list of lightweight contenders.

Lastly, No. 3 women’s bantamweight Cat Zingano has been removed from the rankings following one year of inactivity with no upcoming fight scheduled. The shift leaves a gap at No. 10 which is filled by Liz Carmouche, while the entrance of Ashlee Evans-Smith and Raquel Pennington force ex-title challenger Bethe Correia off the contenders list.