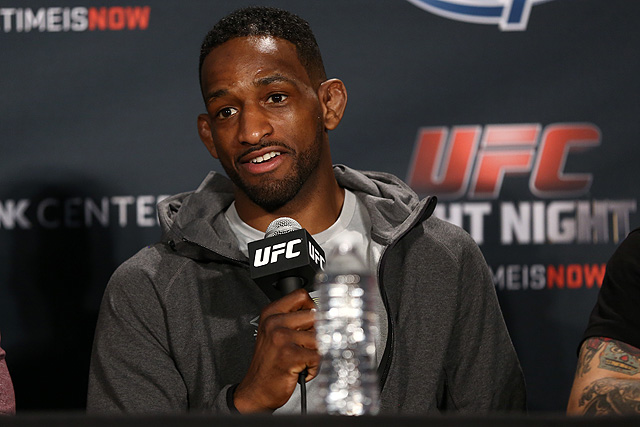 Neil Magny is back in the welterweight top 10 after staging a dramatic comeback against Hector Lombard in Australia.

Magny reclaims the No. 9 spot at 170 pounds in this edition of the Sherdog.com rankings, bumping Ben Askren to No. 10 and Jake Shields to the list of contenders. Over the past two years, Magny has gone on a remarkable 10-1 inside the Octagon, proving himself against fellow contenders such as Kelvin Gastelum and Tim Means, often on short notice. Lombard, who was removed from the rankings in 2015 due to a yearlong suspension, remains outside of the top 10.

Samoan slugger Mark Hunt needed just one punch to knock out Frank Mir and move up the heavyweight rankings. The 41-year-old walk-off king advances to No. 8 in this update, bumping Travis Browne down one to No. 9.

World Series of Fighting lightweight ace Justin Gaethje enters the fray at 155 pounds following his fourth successful title defense, a first-round finish of Brian Foster. While unbeaten Gaethje has not yet had the opportunity to test himself against the division’s true elite, his results in the WSOF cage cannot be overlooked: nine wins in nine fights, with eight via stoppage.

Finally, No. 5 strawweight Carla Esparza has been removed from the rankings due to one year of inactivity with no upcoming fight. Esparza, who dropped her UFC belt to Joanna Jedrzejczyk in March 2015, underwent shoulder surgery in June. As a result of her exit, Rose Namajunas enters the rankings at the vacant No. 10 position, while Mizuki Inoue rejoins the list of 115-pound contenders.