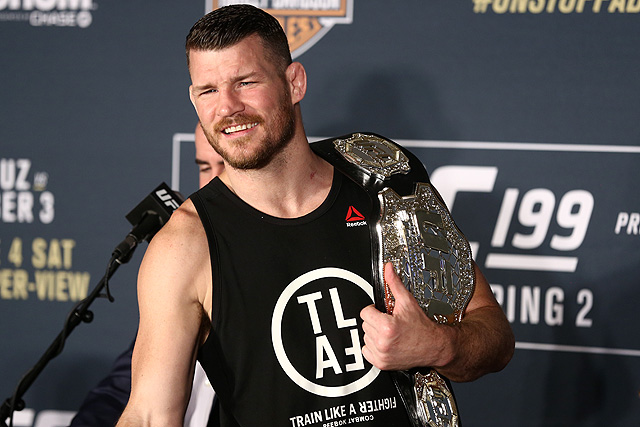 UFC 199 will not go down as the best Ultimate Fighting Championship event ever. By the time the last seven months of 2016 are over and done, it may not even be the greatest event of this year. No matter how the rest of the calendar plays out, however, UFC 199 will not soon be forgotten.

Michael Bisping has spent just shy of a decade inside the Octagon, and for nearly all of his UFC tenure, onlookers questioned whether or not he would ever be granted a title shot, despite Zuffa’s desire to push the British star. When Bisping finally got his day in court, it came on two weeks’ notice against Luke Rockhold, a man who had handily dispatched him a year and a half prior. However, when “The Count” got his championship crack, he made it count.

In under four minutes, Bisping landed the best strike of his career, dropping Rockhold with a beautiful left hook before knocking him out cold with picture-perfect punches on the follow-up. The Manchester, England, native has been a fixture in the Sherdog.com rankings since September 2011, but now, he is the king of the middleweight division.

Not every result out of Inglewood, California, was so shocking, though. In his first title defense since recapturing the UFC bantamweight crown, Dominick Cruz worked 25 minutes of stick-and-move on rival Urijah Faber and took a unanimous verdict. “The Dominator” remains the most successful bantamweight in history, and the ease with which he handled Faber already has folks screaming for an epic pound-for-pound rematch with fellow UFC champion Demetrious Johnson, the 125-pound king that Cruz topped in October 2011.

While neither broke into the top 10 of their respective divisions in this edition of the Sherdog.com rankings, eye-opening knockouts from lightweight Dustin Poirier and strawweight Jessica Andrade see the Louisianan and Brazilian just on the outside looking in within two of MMA’s best weight classes.