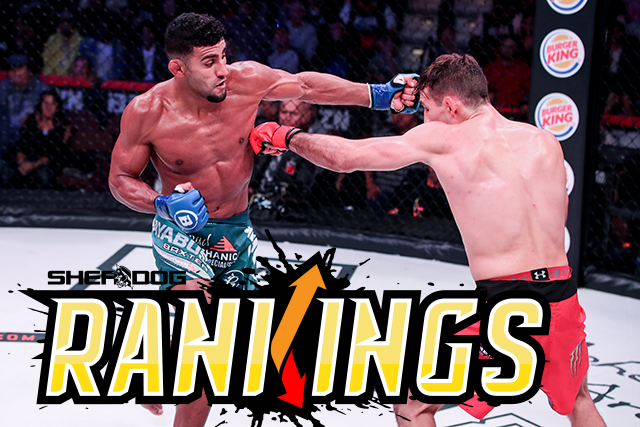 Douglas Lima is now a three-time Bellator MMA welterweight champion, and the third time around might be the sweetest of them all.

Lima avenged a previous loss to Rory MacDonald in the Bellator 232 headliner, capturing a unanimous decision to win the promotion’s welterweight grand prix. Not only did “The Phenom” regain the 170-pound belt, but he also took home a cool $1 million prize to bolster his bank account. As a result of making it through that bracket, Lima jumps from No. 10 to seventh in our latest welterweight rankings. MacDonald, meanwhile, is able to move from ninth to eighth even in defeat (More on that below).

In a high-anticipated battle of top-notch grapplers, jiu-jitsu got the nod over wrestling when Demian Maia submitted Ben Askren with a rear-naked choke in the UFC Fight Night 162 main event in Singapore. Maia has won three straight and 10 of 13 overall in the Las Vegas-based promotion, and he rejoins our rankings at No. 9. Askren, who has had a disappointing run in the Octagon since his arrival from One Championship, falls from seventh to the 10th spot after his second loss in three outings.

Elsewhere, Jessy Miele earned her fourth consecutive triumph by taking a split-verdict over former featherweight title challenger Talita Nogueira at Bellator 231. Miele moves from the bubble to the No. 8 spot at 145 pounds, while Nogueira falls to ninth.