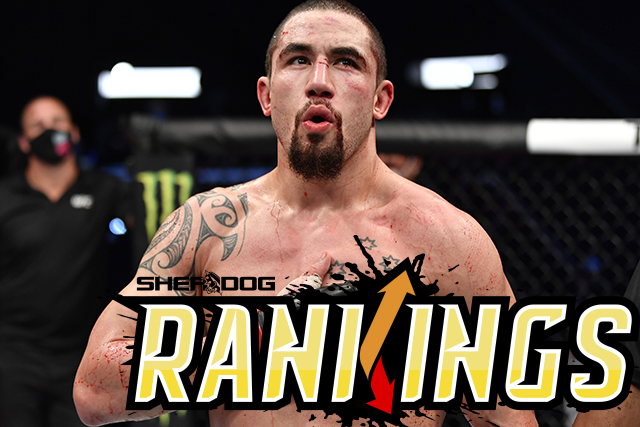 “The Reaper” took a hiatus after relinquishing his middleweight championship to Israel Adesanya last October, but he didn’t miss a beat in his return, taking a competitive unanimous decision against Darren Till in the UFC on ESPN 14 main event Saturday on Yas Island in Abu Dhabi. The victory allows Whittaker to maintain his No. 2 ranking at 170 pounds and could position him to face the winner of Adesanya vs. Paulo Henrique Costa somewhere down the road. Till’s stock doesn’t fall too far in defeat, as he stays put at seventh in the latest middleweight poll.

Elsewhere, Carla Esparza inched closer to another strawweight title shot with a gritty split verdict over 10th-ranked muay Thai specialist Marina Rodriguez. That makes four consecutive victories for “Cookie Monster,” who will need to get her long-desired rematch with Claudia Gadelha to advance past her current No. 8 ranking at 115 pounds.