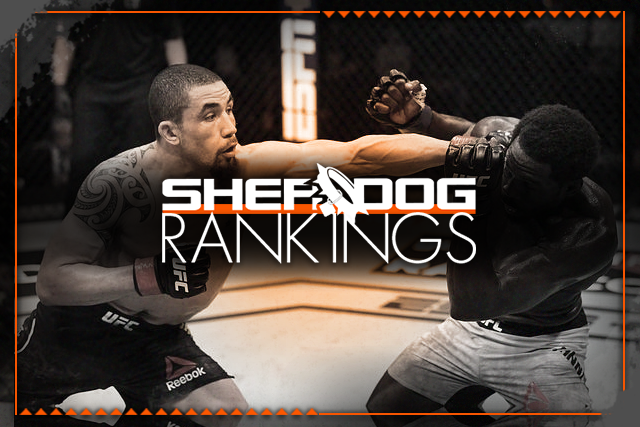 For the second time within an approximately three-month span, “Bobby Knuckles” dispatched a flashy new face at 185 pounds. In July, it was former welterweight title challenger Darren Till. At UFC 254 on Saturday, it was Jared Cannonier, who was anointed as the next No. 1 contender by reigning middleweight champion Israel Adesanya — provided he got by Whittaker. That, of course, is much easier said than done, and with a clear-cut unanimous verdict, Whittaker remains entrenched as the No. 2 middleweight in our latest rankings. A rematch with “The Last Stylebender” could be on the docket when the New Zealand-born Aussie is ready to return to the Octagon next year following the birth of his next child.

One housekeeping note: It’s been approximately 18 months since John Lineker last competed in a true bantamweight bout (His One Championship debut came at 145 pounds), so “Hands of Stone” exits the 135-pound poll. Making his rankings debut is takedown machine Merab Dvalishvili, who joins the rankings at No. 15 on a five-fight winning streak.