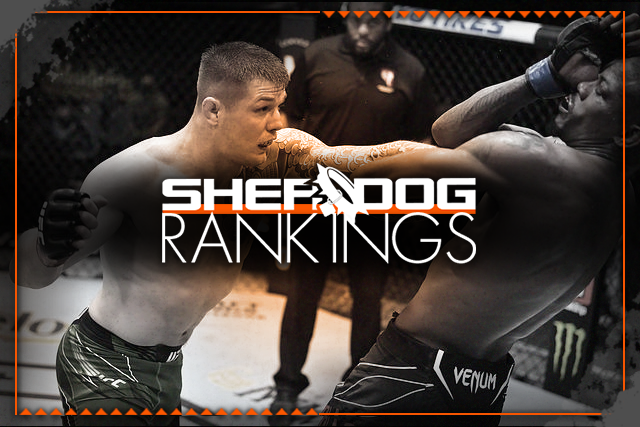 
Three years ago, most observers wouldn’t have predicted that the UFC on Fox 29 clash between Israel Adesanya and Marvin Vettori would have produced two of the Top 5 talents in the middleweight division.

Adesanya? Sure. The promotion had tabbed “The Last Stylebender” as a fighter to watch almost from Day 1, and he has certainly delivered – although two-division dominance doesn’t appear to be in the cards. As for the hot-headed Italian who lost a split decision to the future 185-pound king? Vettori has taken a little more time to blossom.

After a dominant five-round verdict over Kevin Holland in the UFC on ABC 2 headliner Saturday, however, “The Italian Dream” appears to be nearing full bloom. Vettori has won five straight bouts, the second-longest active winning streak in the weight class behind, you guessed it, Adesanya. As a result, the Kings MMA product surpasses Jared Cannonier to take the No. 5 spot in Sherdog.com’s latest divisional rankings. As for that requested rematch with the champ, well, that may have to wait until he adds a little more flair to his performances.