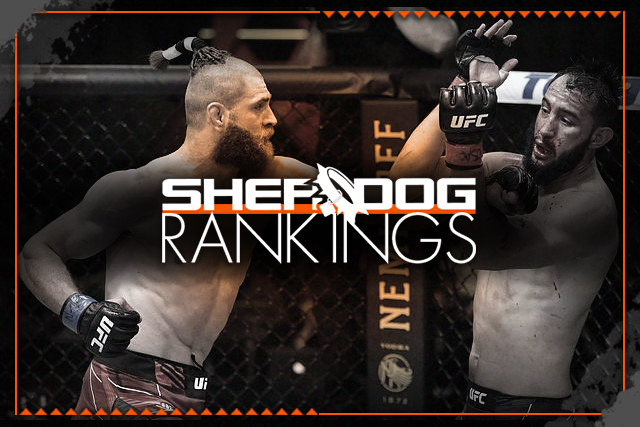 
For the past five years, Jiri Prochazka has been a force that simply cannot be denied.

The Czech Republic native secured his biggest victory to date in the UFC on ESPN 23 main event, as he added former No. 1 contender Dominick Reyes to his personal highlight reel with a spinning back elbow knockout 4:29 into Round 2 of their encounter at the UFC Apex in Las Vegas on Saturday night. That makes 12 consecutive victories for the former Rizin Fighting Federation title holder, and all but one have come via knockout or technical knockout.

Thanks to consecutive wins over former No. 1 contenders in his first two Octagon appearances, Prochazka appears primed to face the winner of the Sept. 4 light heavyweight title bout between Jan Blachowicz and Glover Teixeira. In our divisional rankings, “Denisa” takes over the fifth spot, while the slumping Reyes falls to seventh.

Elsewhere, Merab Dvalishvili joins the bantamweight bubble after besting Cody Stamann for his fifth consecutive triumph at 135 pounds, and after 18 months of inactivity, Zabit Magomedsharipov exits the featherweight poll to make way for Giga Chikadze on the heels of his knockout of Cub Swanson in the UFC on ESPN 23 co-headliner.