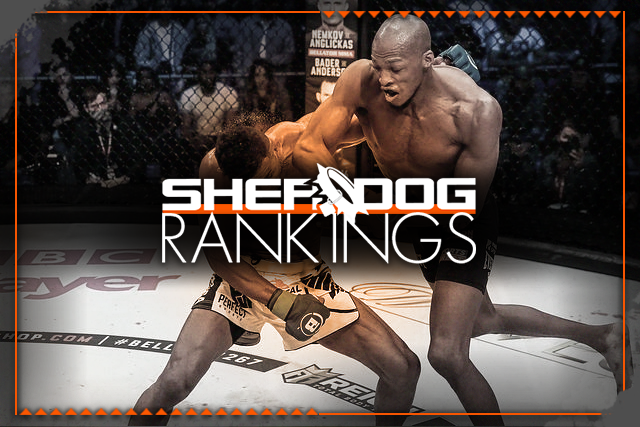 
It took 21 professional fights to get there, but one of Bellator MMA’s biggest names has finally entered Sherdog.com's divisional rankings.

Michael Page avenged his only professional defeat in the Bellator 267 headliner, taking a contentious split-decision victory over Douglas Lima at the SSE Arena in London this past Friday. Though the flashy Englishman’s record is filled with favorable matchmaking, a victory over the No. 6 welterweight still means something. That said, “Venom” enters our poll at No. 10, while Lima, on the heels of his third straight defeat, falls from sixth to 11th.

Meanwhile, Thiago Santos falls out of the light heavyweight Top 10 after a lackluster victory against Johnny Walker in the UFC Fight Night 193 headliner on Saturday night. “Marreta” drops from ninth to 11th and is replaced by Phil Davis in the 205-pound Top 10.

In weekly housekeeping news, Rafael dos Anjos falls out of the welterweight rankings as he continues to pursue a return to 155 pounds, while Lina Lansberg exits the women’s bantamweight poll after not fighting since January 2020.