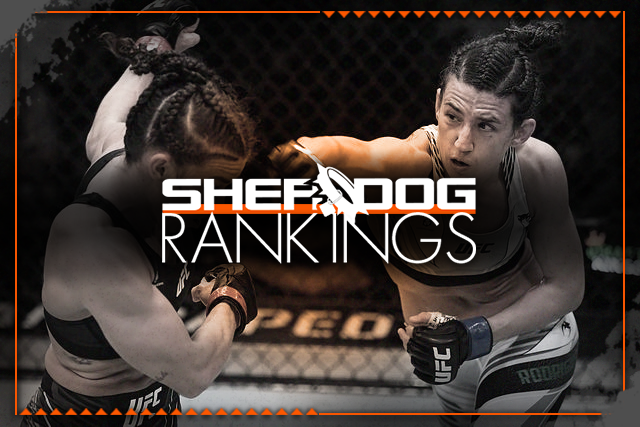 
Marina Rodriguez showed Mackenzie Dern that she still has some work to do in order to ascend the strawweight rankings.

Rodriguez put on a striking clinic for the better part of five rounds to earn a unanimous decision triumph over Dern in the UFC Fight Night 194 main event at the UFC Apex in Las Vegas on Saturday night. Though Dern was outclassed on the feet, she did have Rodriguez in trouble when the action went to the mat for an extended period in the second round. However, moments like that were few and far between as Rodriguez was able to keep the majority of the fight in her comfort zone.

As a result of her third consecutive triumph in UFC competition, Rodriguez moves past Claudia Gadelha and takes over the No. 6 ranking at 115 pounds. Dern, who still has room to grow, stays put at No. 11.