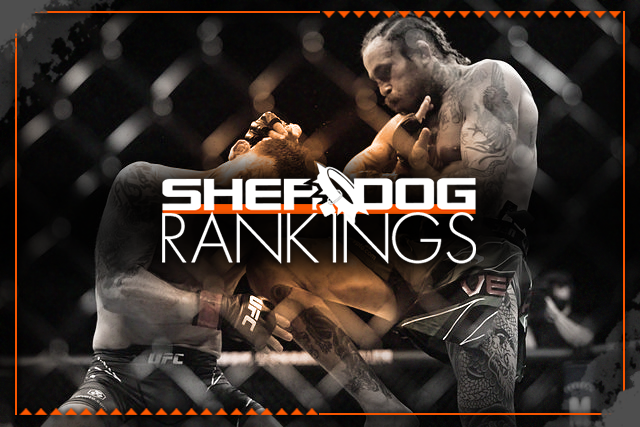 
By authoring the eighth front kick knockout in UFC history, Marlon Vera has forced his way into Sherdog.com's divisional rankings.

Vera’s emphatic finish of Frankie Edgar on the UFC 268 main card allows “Chito” to enter the bantamweight poll at No. 9. It’s a well-deserved recognition for Vera, who ranks among the promotion’s leaders in career wins (10) and finishes (nine) at 135 pounds. Edgar, who has fallen on hard times of late, remains at No. 10 based on his bantamweight victory over Pedro Munhoz last year. His position is tenuous, however.

Elsewhere, third-ranked lightweight Justin Gaethje potentially punched his ticket to another title shot with an enthralling victory over Michael Chandler in a “Fight of the Year” contender at UFC 268. While the bout doesn’t change his current ranking, Gaethje will undoubtedly be an interested observer when Charles Oliveira and Dustin Poirier square off with lightweight gold on the line at UFC 269 next month. Chandler, meanwhile, falls from fourth to sixth after his second consecutive Octagon defeat.

Meanwhile, there’s a bit of housekeeping to handle in the atomweight division. With eighth-ranked Tomo Maesawa reaching her one-year retirement deadline in October, Seika Izawa joins the division’s Top 10 on the strength of a victory over Si Woo Park last month.