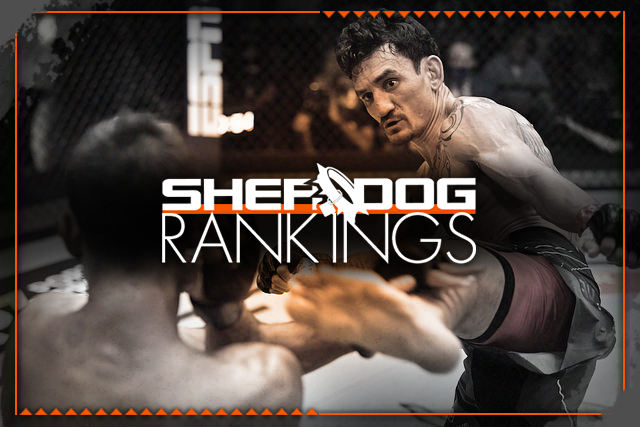 
It’s rare that a fighter can come back from a two-year absence, lose a bout and return to the rankings, but Yair Rodriguez is a special exception.

It doesn’t hurt that Rodriguez’s loss at UFC Fight Night 197 came to an all-time featherweight great in a “Fight of the Year” candidate where he gave Max Holloway arguably his most significant test at 145 pounds outside of Alexander Volkanovski. In defeat, “El Pantera” looked like an athlete who is just finding his championship groove. As a result, the Mexican standout slots in at No. 6 just ahead of Chan Sung Jung, the man he defeated via Hail Mary knockout some three years ago.

Elsewhere, Andrea Lee returned to the women’s flyweight poll at No. 11 with a shellacking of Cynthia Calvillo on the UFC Fight Night 187 undercard. While the bottom of the rankings are muddled at 125 pounds, Lee made a very clear statement in her second triumph of 2021.

Finally, UFC analyst extraordinaire Paul Felder hasn’t competed in a full year, prompting his removal from the lightweight rankings due to the fighter retirement deadline. After some spirited debate among Sherdog staff, the enigmatic Bobby Green joins the 155-pound bubble on the strength of a first-round technical knockout victory over former Top 10 staple Al Iaquinta at UFC 268. With a pack of hungry lightweights nipping at his heels, Green’s position is far from safe.

One other item of note: Thiago Moises does not fall at lightweight following a first-round stoppage loss to Joel Alvarez at UFC Fight Night 187 for the simple fact that the Spaniard didn’t make weight. Otherwise, we’d be welcoming “El Fenomeno” to the rankings.