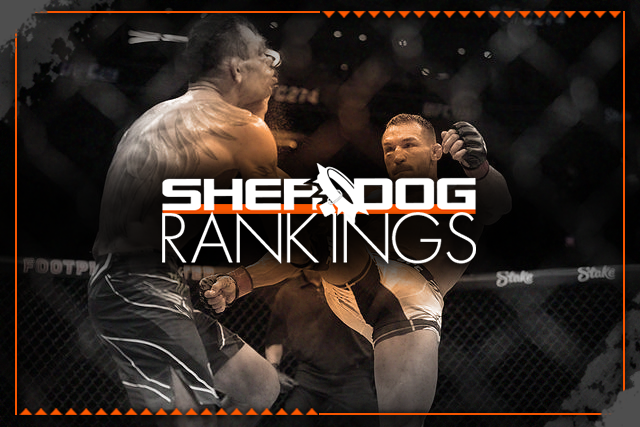 
With one swift kick to the chin, Michael Chandler ushered in the end of an era in the lightweight rankings.


Advertisement
Tony Ferguson, who was on the wrong end of Chandler’s spectacular “Knockout of the Year” entry at UFC 274, has lost his last four fights in lopsided fashion. While all those defeats — Chandler, Beneil Dariush, Charles Oliveira, Justin Gaethje — have come against top-notch opposition, “El Cucuy” no longer has a recent resume befitting a ranked lightweight. With that, we bid adieu to Ferguson, while welcoming rising contender Grant Dawson to the No. 15 position. As far Chandler, the former Bellator MMA champ raised his profile considerably on Saturday night, but he remain stuck at No. 6 in a crowded weight class.

While the Carla Esparza-Rose Namajunas dud garnered most of the attention in the women’s MMA world, Macy Chiasson made a major move in the featherweight division on the back of a split-decision triumph against Norma Dumont on the UFC 274 prelims. Chiasson, who was previously unranked at 145 pounds, skyrockets to No. 3, one spot ahead of her vanquished adversary. Meanwhile, ex-Bellator champ and the previously third-ranked Julia Budd exits the featherweight poll as she continues to compete at 155 pounds in Professional Fighters League.

Elsewhere, Ryan Bader climbed into the heavyweight Top 10 thanks to an ugly-but-effective triumph against Cheick Kongo in the Bellator 280 headliner, and Brandon Royval took over the sixth spot at flyweight after a submission of fellow Top 10 competitor Matt Schnell at UFC 274.