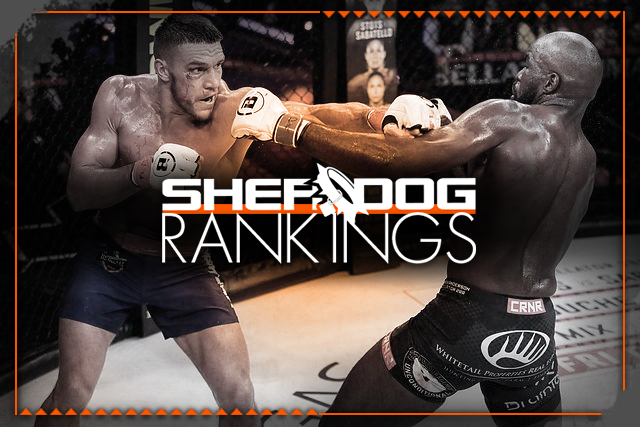 
If Vadim Nemkov was underranked before Bellator 288, that is no longer the case.

After struggling against Corey Anderson before an accidental clash of heads resulted in their first meeting being ruled a no contest in April, the FedorTeam representative rebounded for a clear-cut unanimous decision triumph against the UFC veteran on Friday in Chicago. Bellator MMA’s reigning light heavyweight king is unbeaten in his last 11 bouts, crafting a strong resume that includes victories over the likes of Anderson, Phil Davis (twice) and Ryan Bader.


Advertisement
That is where the debate begins. While Nemkov lost to UFC 205-pound king Jiri Prochazka under the Rizin Fighting Federation, that setback occurred in 2015 — long ago enough that it shouldn’t significantly hinder Nemkov’s progress in current rankings discussion. With that said, our panel has decided that Nemkov’s body of work exceeds that of Prochazka, who needed a Hail Mary comeback to dispatch Teixeira in June and whose other UFC wins — Volkan Oezdemir and Dominick Reyes — haven’t aged all that well. So welcome to the top of the division, Mr. Nemkov, and let the record state that no anti-Bellator bias exists in Sherdog’s divisional rankings. Just keep in mind that Prochazka will have an opportunity to make a definitive statement in his favor when he rematches Teixeira at UFC 282 on Dec. 10.

In housekeeping news, there is more change in the women’s featherweight division. We bid farewell to Leslie Smith (inactivity) and Sarah Kaufman (retirement) and welcome Chelsea Chandler and Stephanie Egger to the 145-pound bubble. More movement could be on the horizon, however, as Julia Budd and Aspen Ladd are slated to usher in the featherweight era to Professional Fighters League on Black Friday.