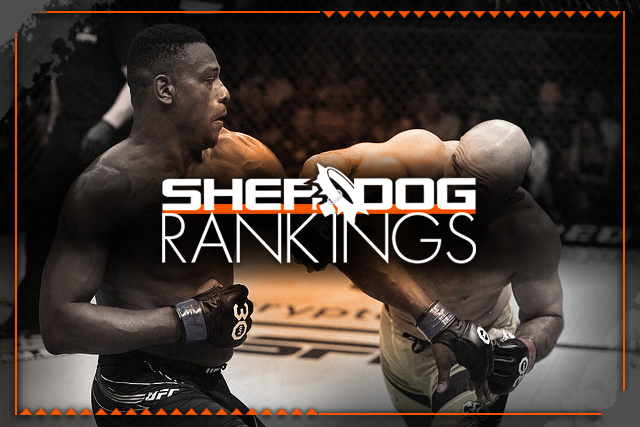 
A year ago at this time, Jamahal Hill probably didn’t seem like the most likely candidate to reign over the Ultimate Fighting Championship light heavyweight division.


Advertisement
Extenuating circumstances — namely, an injury to Jiri Prochazka and a majority draw between Jan Blachowicz and Magomed Ankalaev — accelerated the Grand Rapids, Mich., native’s path to the title, and he made the most of his opportunity, earning a dominant unanimous verdict against Glover Teixeira in the UFC 283 headliner on Saturday night in Rio de Janeiro. Suddenly, the fighter known as “Sweet Dreams” sits atop what appears to be a wide-open division, moving to No. 3 in Sherdog’s divisional rankings in the process. Teixeira, who might’ve soldiered onward with another championship victory, instead announced his retirement at 43 years old.

Elsewhere, Brandon Moreno closed the book on his rivalry with Deiveson Figueiredo thanks to a doctor stoppage victory in the UFC 283 co-main event. “The Assassin Baby” regains the No. 1 position at 125 pounds and sends Figueiredo to test his mettle in the bantamweight division.

For others, UFC 283 was an opportunity to make a statement. Welterweight contender Gilbert Burns rolled against Neil Magny, while Jessica Andrade continued to show she’s a double-threat contender with a lopsided victory over Lauren Murphy at 125 pounds. Johnny Walker rejoined the 205-pound bubble with a finish of submission specialist Paul Craig, and Thiago Moises maintained his footing at lightweight by tapping short-notice foe Melquizael Costa. In housekeeping news, Julia Avila exits the women’s bantamweight poll after reaching her inactivity threshold, clearing the way for Lucie Pudilova to join the rankings at 15th.