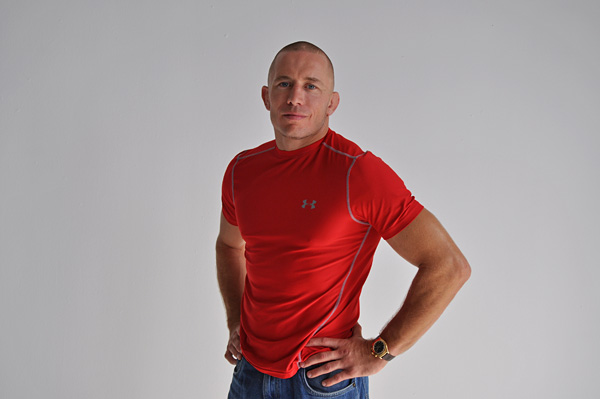 He went 19 months between Octagon appearances, but the same old Georges St. Pierre showed up to UFC 154.

The UFC welterweight division’s French Canadian king reaffirmed his position atop the 170-pound ranks on Nov. 17 with another one-sided, 25-minute decision victory, outpointing interim titleholder and former teammate Carlos Condit. A third-round head kick scare aside, St. Pierre showed few flaws and virtually no signs of rust as he repeatedly floored Condit with takedowns and jabbed at the lanky striker while standing. The win -- St. Pierre’s seventh since reclaiming the belt from Matt Serra in 2008 -- once again brought to the fore the question of a long-discussed super fight between GSP and middleweight ace Anderson Silva.

While UFC President Dana White vowed to make GSP-Silva happen in the new year, another welterweight contender made an emphatic statement in Montreal. The UFC 154 co-main event saw Johny Hendricks notch another sensational knockout, this time crushing durable Dane Martin Kampmann in just 46 seconds. The 29-year-old Oklahoman may have to wait a while for his chance, but successive wins over the likes of Kampmann, Jon Fitch and Josh Koscheck have earned him the No. 3 spot in our rankings and consideration as the next contender to GSP’s throne.

Elsewhere on the scale, two former WEC bantamweight champions have fallen from the rankings: Brian Bowles, who has not competed since a November 2011 submission defeat to Urijah Faber, and Miguel Torres, who suffered his third loss in four bouts with a surprising Nov. 3 decision defeat to Marlon Moraes.