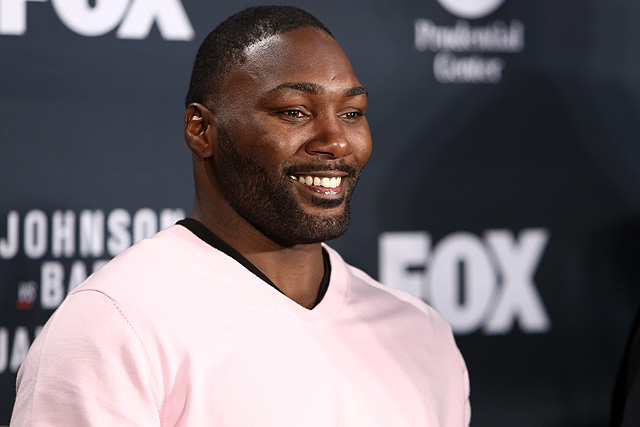 Anthony Johnson maintains his No. 3 light heavyweight ranking after making short work of Ryan Bader in the Jan. 30 main event of UFC on Fox 18.

Johnson struggled with the wrestling of Daniel Cormier in May but had no such issues against Bader, whose first takedown attempt proved to be his last. “Rumble” snuffed out the shot, passed to full mount and pounded Bader unconscious, marking Johnson’s second straight knockout since coming up short in his bid for UFC gold. Johnson remains positioned behind Cormier and Jon Jones, whose inevitable rematch he will be watching with a keen eye. Bader stays in the No. 5 spot after having his five-fight winning streak rudely halted.

The show’s co-main event saw heavyweight contender Ben Rothwell continue his roll with a second-round submission of onetime champ Josh Barnett. This update finds Rothwell moving up one place to the No. 7 spot, just below former opponent Andrei Arlovski.

There is a new face in the flyweight top 10 after Wilson Reis handled Dustin Ortiz in a three-round unanimous decision. Reis joins the list at No. 6, taking the place of Ian McCall, who has been removed due to inactivity. Up-and-comer Ben Nguyen fills the void left by Reis on the list of 125-pound contenders.

Streaking bantamweight Jimmie Rivera enters the rankings at No. 9 thanks to an impressive decision win over Iuri Alcantara; Rivera’s entrance knocks former No. 10 Bryan Caraway to the ranks of the contenders. Also at 135 pounds, Rob Font rejoins the bubble list, taking the spot of One Championship ace Bibiano Fernandes, who has returned to featherweight.