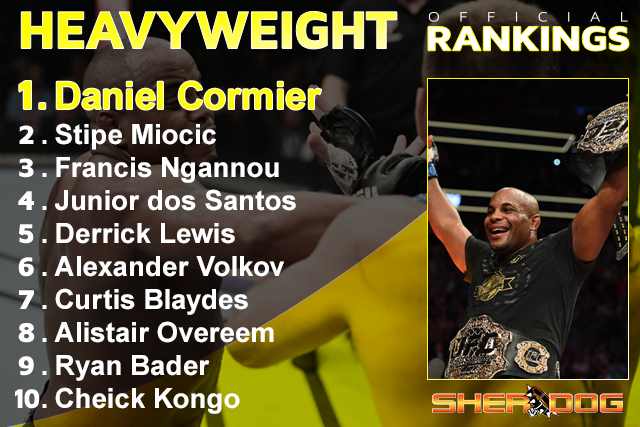 Bader etched himself into history when he knocked out Fedor Emelianenko in the Bellator 214 headliner to become the first two-division champion in promotion history. After vanquishing “The Last Emperor,” Matt Mitrione and Muhammed Lawal to claim the vacant heavyweight crown, Bader, also the reigning 205-pound king, will make his first heavyweight title defense against Cheick Kongo in the Bellator 226 headliner in San Jose, Calif., on Sept. 7.

It’s been more than six years since Kongo last stepped foot in the UFC’s Octagon, but the 44-year-old Frenchman just keeps rolling along. Kongo is currently riding a solid eight-fight winning streak in Bellator MMA, a run that includes victories over the likes of ex-champ Vitaly Minakov and UFC veterans Alexander Volkov and Timothy Johnson. That consistency has earned Kongo a second heavyweight title shot in the California-based promotion, as he will square off with Ryan Bader in the Bellator 226 headliner on Sept. 7.