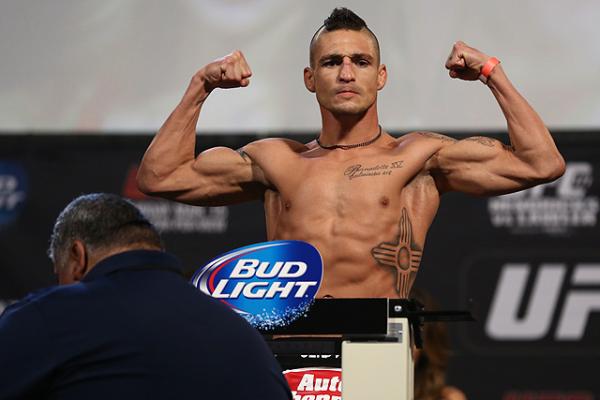 In wake of his unanimous decision loss to Alliance MMA’s Myles Jury at UFC 171 on March 15 in Dallas, “The Ultimate Fighter” Season 1 winner took to Twitter to blame food poisoning on his performance. Jury peppered Sanchez, 32, with repeated right hands, withstood his punching bursts and mixed in tactical takedowns, sweeping the scorecards with 30-27, 30-27 and 29-28 counts.

According to Sanchez, a fight-day illness stemmed from a poor choice with a pre-fight meal. “I wasn’t my self last night I sustained Food poisoning from eating a beef tar tar with raw quail egg as a appetizer at dinner,” the Jackson’s Mixed Martial Arts veteran wrote on Twitter. Sanchez will carry a two-fight losing streak into his next appearance, though his struggles date back to a failed lightweight title bid against B.J. Penn in December 2009. He has posted a 3-4 record since.

Items of interest on the Sherdog.net forums this week: