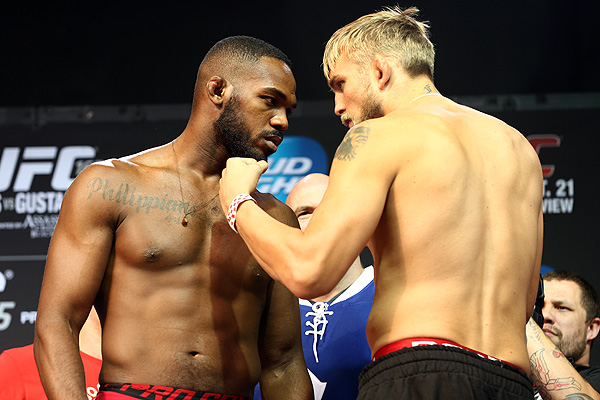 
Jon Jones had to dig deep for this one.

Jones retained his Ultimate Fighting Championship light heavyweight crown with a unanimous decision over Alexander Gustafsson in the UFC 165 headliner on Sept. 21 at the Air Canada Centre in Toronto. In what was perhaps the frontrunner for “Fight of the Year,” all three judges scored it for Jones: 48-47, 48-47 and 49-46.

Gustafsson gave the champion all he could handle. He cut Jones over the right eye in the first round with a glancing blow, and the cut grew into a gash over time, the Swede scoring with repeated multi-punch combinations to the head and body. After 25 minutes, Jones was bloodied and swollen, but he had answered the first serious challenge of his career.

Gustafsson became the first man to take down Jones in the first round. More importantly, he stuffed 10 of the champion’s 11 takedown attempts. Trapped on the feet, Jones absorbed more punishment than he had in any of his 19 previous professional bouts. He sprang to life in round four, however, where he badly stunned Gustafsson with one of his spinning trademark elbows.

In the fifth, with both men clearly exhausted, Jones scored with his only takedown and unleashed a series of head kicks that likely secured the victory. The win pushes him past Tito Ortiz in the record book and gives him the all-time record for consecutive title defenses at 205 pounds with six.

The loss halted Gustafsson’s six-fight winning streak but earned him an untold amount of respect in the industry. Few gave the Alliance MMA representative a legitimate chance at dethroning Jones ahead of their unforgettable 25-minute battle.