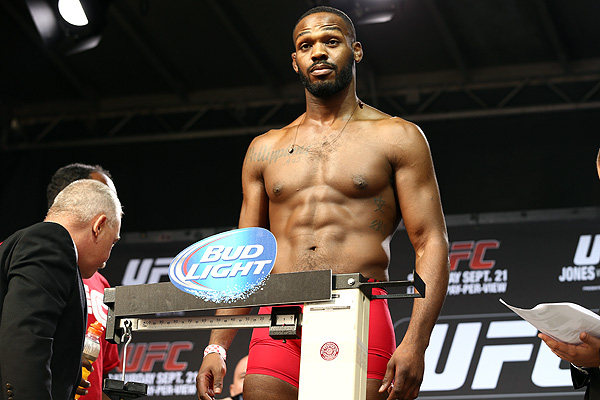 Jon Jones may be human after all.

Through five title defenses, the 26-year-old UFC light heavyweight champion looked nearly invincible, dominating established 205-pounders like Lyoto Machida and Rashad Evans in ways few had before. At UFC 165, however, Jones ran into his toughest challenger yet, a game Alexander Gustafsson, who dragged “Bones” into a gritty, five-round duel and at times made the champ appear shockingly vulnerable.

The upset was not to be, as Gustafsson faded in the final frame, allowing Jones to turn up the heat and eke out a narrow decision victory. The Swede’s strong showing did not earn him gold, but it does move him up four spots to No. 2 in this edition of the light heavyweight top 10. More importantly, “The Mauler” established himself as a looming threat to Jones’ reign, which had been so absolute that the Greg Jackson student even toyed with the idea of moving up to heavyweight.

UFC 165 also saw Renan Barao cement his status as MMA’s premier 135-pounder, even if the Brazilian is technically still the UFC’s interim bantamweight champion. The crisp boxing of former WEC titlist Eddie Wineland gave Barao trouble in the opening period, but one perfectly placed spinning back kick in round two was all the Nova Uniao fighter needed to turn the tide and score his 21st consecutive win. Next up for Barao should be a title unification bout with long-sidelined champion Dominick Cruz.

Elsewhere, unbeaten prospect Khabib Nurmagomedov enters the lightweight top 10 after his clear-cut decision victory over hard-nosed veteran Pat Healy, and Costas Philippou exits the middleweight rankings to make room for Francis Carmont, who outpointed the Cypriot in a decisive, if unspectacular, three-rounder.