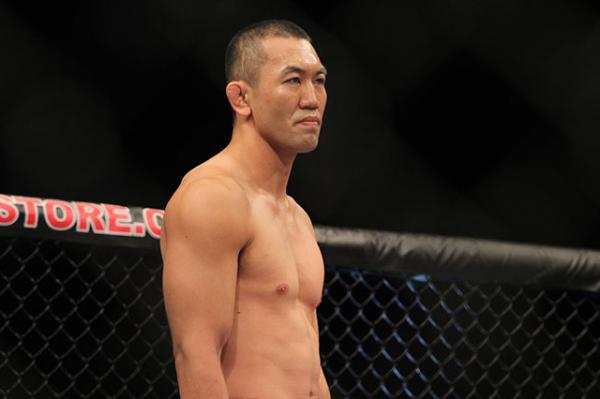 Yushin Okami was kicked to the curb by the UFC. | Photo: Gleidson Venga/Sherdog.com


Former middleweight title contender Yushin Okami is no longer a member of the Ultimate Fighting Championship.

Sherdog.com verified Okami’s release with UFC officials on Sept. 27. Okami last competed on Sept. 4, when he was knocked out by former Strikeforce champion Ronaldo Souza at UFC Fight Night 28. The defeat came on the heels of three straight wins for the Japanese standout, who bested Buddy Roberts, Alan Belcher and Hector Lombard prior to his ill-fated meeting with “Jacare.”

Nicknamed “Thunder” for the phonetic similarities between his first name and that of famous pro wrestler Jushin Liger, Okami joined the UFC in 2006 and racked up a 10-2 Octagon record before earning a title shot against Anderson Silva in 2011. Okami had previously scored a controversial disqualification win over “The Spider” before arriving in the UFC, and Silva exacted violent vengeance in their rematch, finishing Okami with strikes in the second round of their UFC 134 headliner.

Okami, 32, exits the Octagon with a promotional record of 13-5, picking up notable victories over the likes of Lombard, Belcher (twice), Nate Marquardt and Evan Tanner. A veteran of 37 career outings, Okami owns 10 of his wins by way of knockout and another four via submission.

Brian Johnston: Where Is He Now?