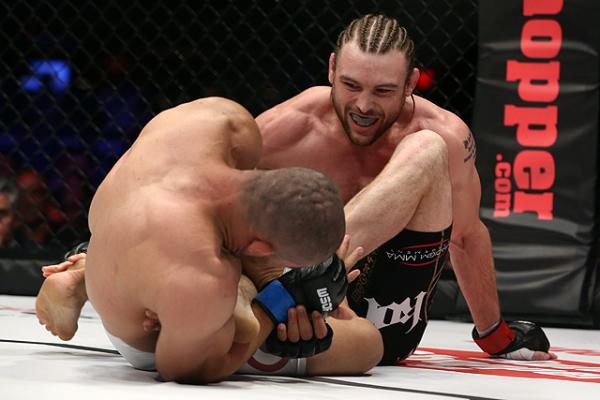 
Rousimar Palhares knows how to manipulate the human leg.

Carl rushed “Toquinho” at the start, only to be met by an immediate takedown from the Brazilian powerhouse. Palhares patiently went to work in full guard, isolated the Hard Drive MMA representative’s foot and secured the fight-ending maneuver. The 34-year-old Team Nogueira representative has now won nine fights via heel hook.


LURE OF THE CAGE