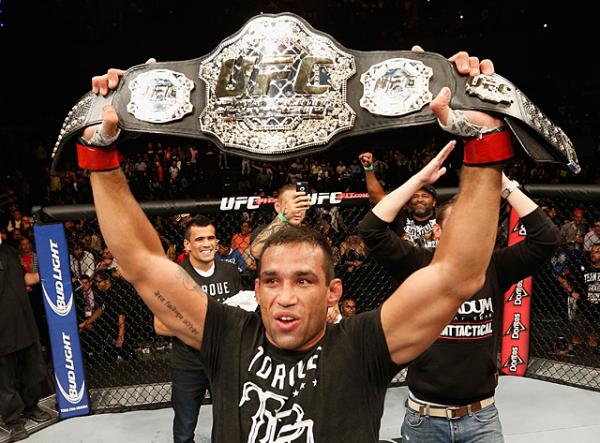 
Fabricio Werdum on Nov. 15 became the fifth interim heavyweight titleholder in Ultimate Fighting Championship history, as he stopped Mark Hunt with a second-round knee strike and follow-up punches in the UFC 180 main event.

The only other divisions to have had interim champions are welterweight (twice), light heavyweight and bantamweight -- a fact which makes the heavyweight class an outlier of sorts. What is behind the disparity? One’s intuition might be to blame injury: The bigger the fighter, the harder he falls, and the longer he stays down.

However, when we take a retrospective stroll leading up to UFC 180, we see another trend surface:

Continue Reading » Months removed from his championship performance and days away from his wedding, he suffered a horrific motorcycle accident that snapped his femur and shredded knee ligaments. Staring at seven and a half months of championship inactivity in the UFC’s historically most-watched weight class, the powers that be granted the division’s first interim championship match.