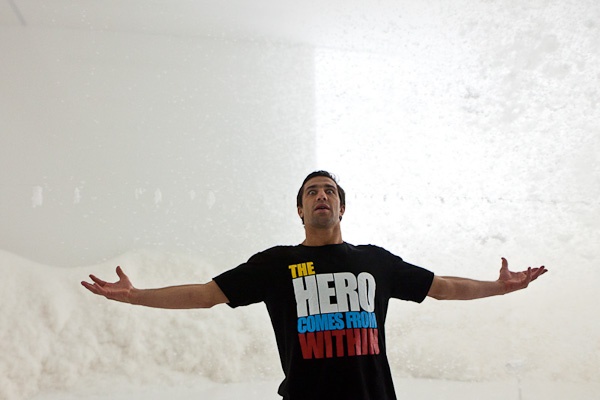 Luke Rockhold is 11-1 in his last 12 appearances. | Photo: Esther Lin/Sherdog.com


The Ultimate Fighting Championship returns to Australia with an excellent offering on its Fight Pass platform this Friday at the Allphones Arena in Sydney. The promotion has done a solid job of stacking its international offerings with relevant bouts that feature local fighters in the headliner, if possible, or further down the card, if not.

Perennial contender Michael Bisping, who has fought in Australia twice before, returns to the land Down Under in an outstanding middleweight clash with rising star Luke Rockhold. In the co-main event, New York’s Al Iaquinta takes on Ross Pearson, an Englishman with whom the Australian fans should be familiar after his time coaching on “The Ultimate Fighter: The Smashes” a couple of years back. Beneath the main attractions, the card offers a few regional-level fights (Vik Grujic-Chris Clements, Luke Zachrich-Daniel Kelly) mixed with showcases for rising prospects, namely Jake Matthews.

Let us take a look at each UFC Fight Night “Rockhold vs. Bisping” matchup.

Photo: Marcelo Alonso/Sherdog.com
Bisping, 35, is running out of time.
THE MATCHUP: Veteran gatekeeper Bisping gets a stiff test in the ascendant Rockhold, who is primed to make a run at the middleweight title. Rockhold has finished his last two opponents, Tim Boetsch and Costa Philippou, in the first round with shocking ease. At 35, 10 years into his professional career and with a lot of mileage on his body, this is likely Bisping’s last chance to make a concerted run at UFC gold as he attempts to build on his most recent win over Cung Le. This should be a fantastic and quick-paced fight between an old lion and a fighter on the climb.

Rockhold is an amazing athlete and owns plus skills in every single facet of MMA. The American Kickboxing Academy product is rangy at 6-foot-3 and uses his height well at striking distance, where he employs a steady diet of kicks to the legs, body and head. Those kicks serve to cut off his opponent’s lateral movement and force him into ill-advised punching exchanges, where Rockhold’s slick counters -- he favors a fadeaway right hook and laser-sharp straight left from the southpaw stance -- and big power usually put him ahead.

He is not as sharp defensively as he might be, as he mostly relies on his length and speed to get him out of danger, while his head movement comes and goes. Despite those minor flaws, Rockhold is an active and venomous striker who can stand with almost anyone in the division.

As good a striker as he is, Rockhold is even better in the clinch, where his height and strength give him fantastic leverage, control and the ability to throw sharp knees at all levels. While he mostly looks to stay on the feet, he is a competent offensive wrestler and boasts outstanding takedown defense. His best skill, however, is his ability to scramble, counter-wrestle and create his own offense and positional advances from his opponents’ shots. The sequence that led to his submission finish of Boetsch -- sprawl, topside triangle, strikes, double wrist lock -- encapsulates all of the best parts of his grappling game.

Bisping’s strengths have always been his offensive output and his well-roundedness. Mostly a boxer at striking range, he throws a long jab and a crisp straight right behind it, and he throws them often. Low kicks have always been a part of Bisping’s arsenal, mostly to deny kicking range to his opponent, but he made solid punch-kick combinations the centerpiece of his attack against Le, which paid off nicely in the later rounds. A competent if not outstanding clinch fighter, Bisping’s takedown defense has been good throughout his career, with the notable exception of the Tim Kennedy fight, while his offensive wrestling -- he usually shoots a couple of times in every fight -- is an effective change of pace from his striking. His guard is active and his top game rock-solid, with a nice mixture of passes and ground strikes.

THE PICK: Those odds might seem steep, but they accurately capture what a brutal matchup this is for Bisping. Rockhold is bigger, more athletic, more technically sound and, most importantly, can match or neutralize Bisping’s pace. From a purely tactical perspective, it is every bit as much of a nightmare for the Englishman. Rockhold’s best punch is the counter right hook, which Le had early success landing over the top of Bisping’s left hand. I think the two fighters will have a relatively even first round, but Bisping will drop his lead shoulder off a jab and eat a big counter right in the second. Rockhold by knockout in the second round is the pick.