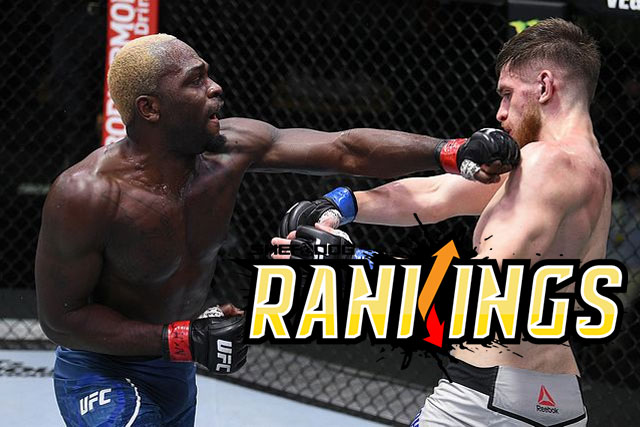 
Derek Brunson is a forgotten commodity no longer.

A significant underdog heading into his UFC Fight Night 173 showdown with Edmen Shahbazyan, Brunson made a statement in Las Vegas with a second-round technical knockout victory against the previously unbeaten prospect. While Brunson prevented “The Golden Boy” from entering the middleweight rankings, he remains stuck behind Gegard Mousasi at No. 12 on the heels of his latest triumph — his third straight in the Octagon.

Elsewhere, No. 8 flyweight Jennifer Maia didn’t improve her ranking, but a first-round submission win over Joanne Calderwood in the UFC Fight Night 173 co-main event likely propelled the Brazilian into a future title shot against reigning champion Valentina Shevchenko. In defeat, Calderwood falls from ninth to 10th and loses her status as No. 1 contender.