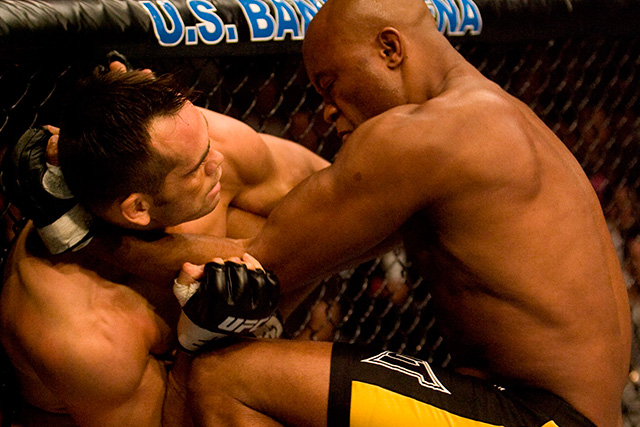 Anderson Silva is masterful with his knees. | Josh Hedges/Zuffa LLC/Getty


Nothing sends bloodthirsty combat sports fans home satisfied quite like a clean fight-ending knockout. From left hooks and right uppercuts to head kicks and spinning back elbows, when someone gets sniped by the perfect strike, everyone goes bananas.

Knees have also played a part in producing some of MMA’s most electrifying finishes, from the regional scene to World Extreme Cagefighting, Pride Fighting Championships, the Ultimate Fighting Championship and beyond. They have come from the clinch and from the air; some have broken records while others impacted the rulebook. Regardless of how and when it makes its appearance, the knee strike holds a special place in the mixed martial arts world.

The latest installment in the Sherdog Top 10 series examines the most memorable knockouts resulting from knees in MMA history. How does your list compare?